Hey everyone - actually I've been very busy with gaming stuff - just lacking the time to post.  KublaCon fast approaches and my games for Napoleonic naval and LOTR are coming together nicely.  I'll be posting the scenario for Toulon Harbour shortly, but in the mean time, I managed to get some ships on the table this past Saturday to test our Beat to Quarters v2.0 with Roy Scaife. 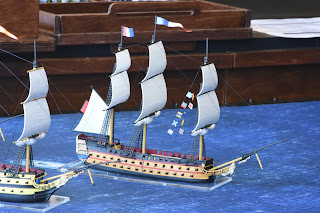 I'm really happy with how the rules are coming along, if you are curious, you can download the rules and ship cards (for the ships at Trafalgar) from here:

Two groups of pictures - the first using my SLR camera, the second using my phone.  Roy Scaife has the British fleet and is actively working through rigging.  I'm doing the French and Spanish fleets myself.  We've both been working away on the ships.  The game at KublaCon will have 38 ships total on the table.

French and Spanish ship cards below ...

We had a great time playing through the rules that worked out very well.  Both sides suffered heavy losses across 3 of the 4 ships ... and we had raking, broadsides, and all sorts of different rules aspects taking effect throughout the game.

Pictures below of the action.  You'll notice we are using wake templates behind the ships.  These have four purposes - first they show the current sail settings for the ship, they show the number of inches moved per segment (based on the sail setting), they have the turning radius/template build in, and finally they have a green/orange side so activation can be marked and alternated. 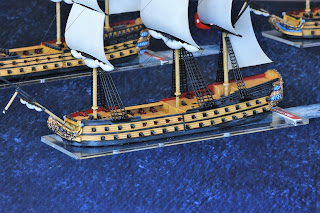 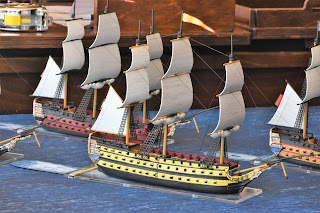 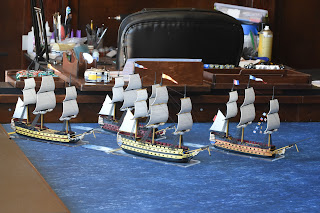 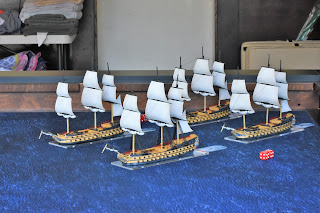 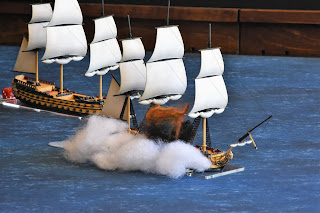 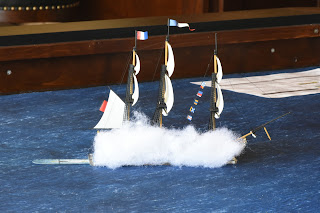 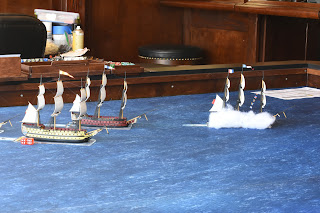 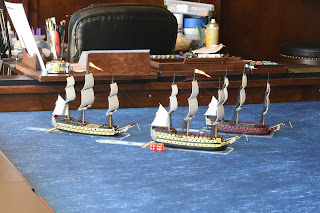 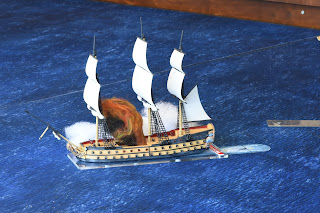 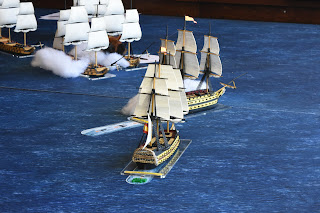 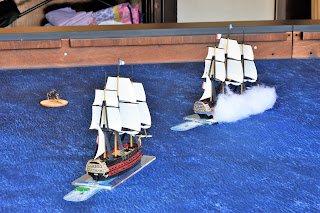 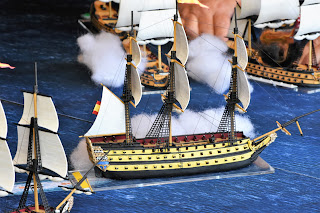 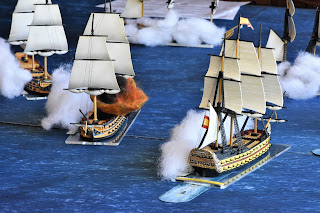 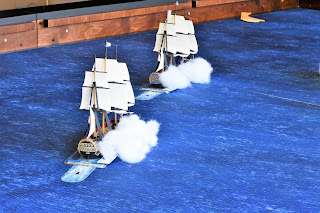 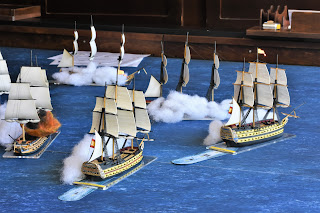 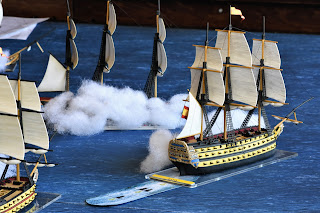 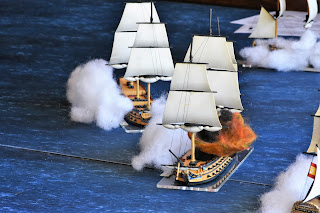 And phone pictures of the game ...