Using the term "Cold War Gone Hot" (CWGH) isn't really appropriate for what I'm building out with my new modern armies.  When I think of CWGH I think of the 1980's in terms of equipment for both sides.  To describe this fictitious period I'm going to use the term "Russia Resurgent" since for me this focuses around a Russian offensive across Europe (admittedly as would have been expected during the Cold War).

My plan is to build out forces for the following:

The idea is to have a platoon sized force for each, with armoured transports, IFVs, and tanks.  I have just a few odds and ends to take care of for my Iraqi project, but for the most part it is complete, so on to Russia Resurgent!

For the French force I've ordered a full platoon with support from Eureka Miniatures.  I'm using the French Foreign Legion figures in helmets for regular French units.  I will likely expand this in the future and order the FFL figures in berets to represent the FFL units.  French armour is not found easily, but Gaso.Line in Europe does 1/48th scale kits for all French armour, which is great.  It will be just a tad larger than 1/50, but I've seen lots of 1/48 scale kits used with Empress vehicles and miniatures and they look fine.  Also, to get 3D modelling done for all the vehicles and then get them printed would cost me a small fortune, so I ordered the following kits ...

On a separate note, I've been looking for 1/48th scale rutsacks to adorn the sides of my vehicles and I finally found them on the same site that has the French armour ...

I'll be casting the rutsacks so I can mass produce them for the sides of my vehicles.

I'll also be doing Canadians using the Full Battle Rattle Miniatures range that is due out in mere weeks!  Check out their Facebook page.  I'll be doing a full platoon ... and I have some conversion ideas for support weapons. 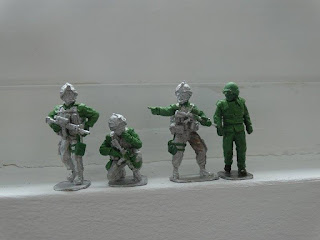 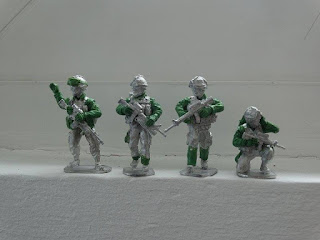 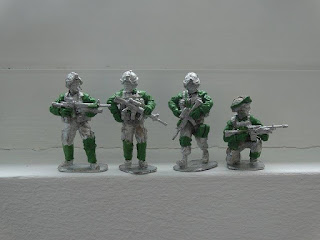 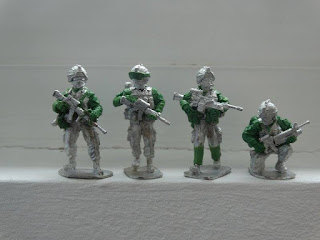 I'm using the Leopard 2A6 from Empress Miniatures and I'll be converting the LAV 25 that Empress sells into the LAV III's used by Canada (minor conversion work).

I've had a Canadian G-Wagen 3D modeled (and have them in hand now and they turned out great).  You can purchase you own from Shapeways here.

I've already ordered and have a significant Russian force on the way from Empress Miniatures.  This includes:

I'll use the Eureka Miniatures Bundeswehr range for the Germans.  I haven't tried to track down any of the German armour yet (other than I know Empress has the Leopard 2A6 that I will use again for the Germans).  More on this in a future post.

Last but not least is the USMC.  Since I already have this force for Iraq, I figured I'll do them last but I will do them as it wouldn't be "Russia Resurgent" if the US didn't show up to the party.
Posted by Jay White at 9:50 AM 24 comments:

I've finally finished all the army lists I set out to do.  I also did a bunch of clean up of typos (lots of typos ... sorry, much better now) and I've added units to almost every army list.  This also required updating and adding some special rules on the main rules QRS - so both files have been updated to version 2.1.

Hopefully that covers that majority of the bases and gets even more people playing :-)
Posted by Jay White at 3:17 PM 39 comments:

Although I was travelling all this week for work, I managed to finish writing up the Bolt Action version 2.0 rules (major updates/additions).  I also managed to consolidate all of the army lists into one document that uses two pages per army list.  The army lists also now include Russians and Australians (special thank you to Spyros Staikos for the Australians).

You can download the Bolt Action Modern v2.1 rules here (updated to v3.1). 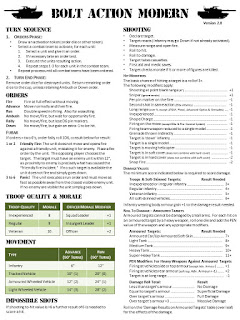 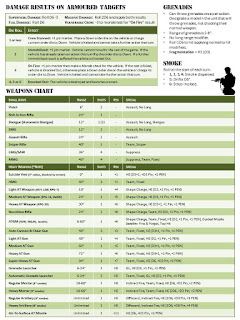 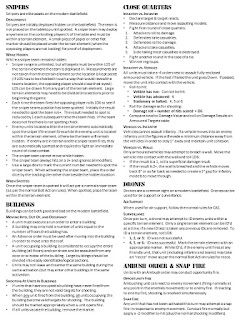 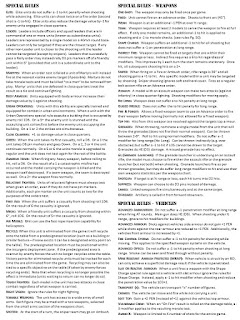 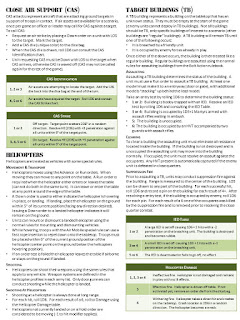 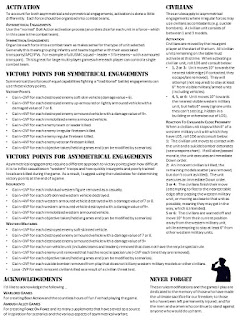 And here are all the army lists - now in a "double-sided" quick reference format ... 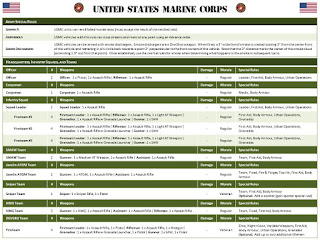 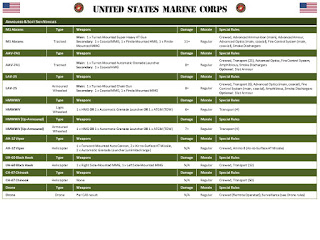 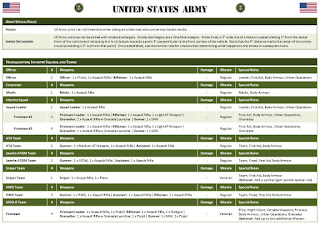 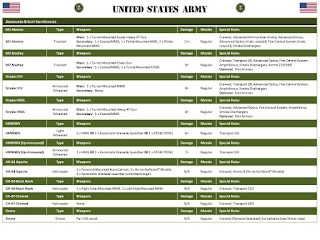 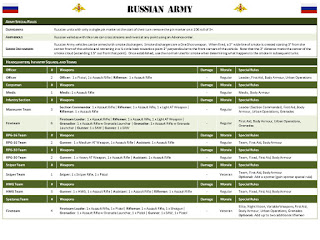 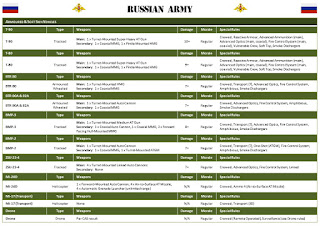 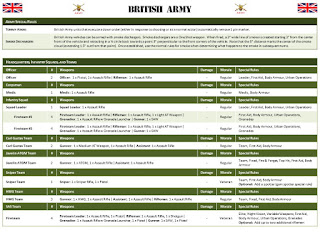 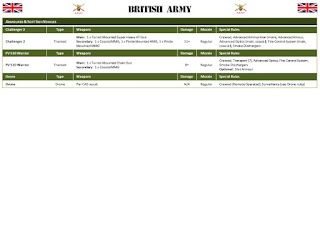 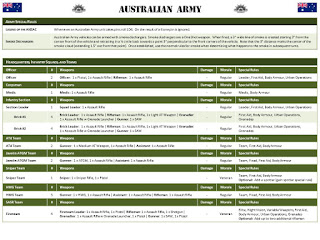 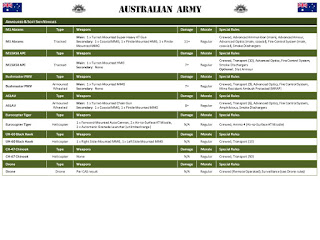 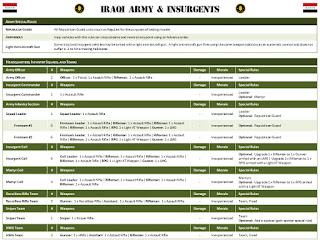 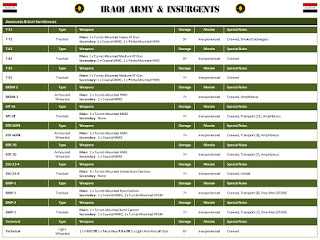 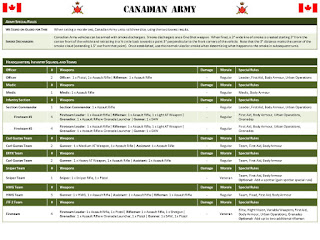 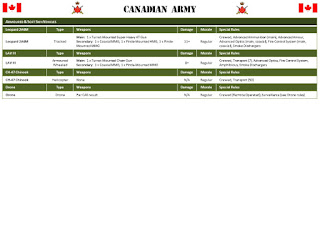 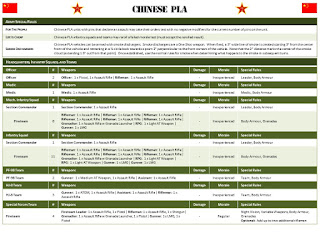 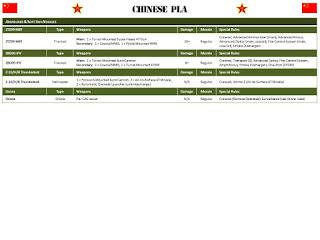 I know I've got more work to do on the British vehicles ... I've just got what I own in there now ... but there are many I could add ... but this should be more than enough to get people playing.
Posted by Jay White at 10:27 AM 33 comments: