My current project for my War of the Rings armies is to run/host the battle of the crossroads at Cair Andros.  I plan to run this at another private little convention (CabinCon part 2) on the long weekend in September (3rd through the 5th).
While Aragorn marches on the Black Gate, a force of men from both Gondor and Rohan loose heart and ask to leave to return home.  Aragorn grants them leave, however bids them to retake the crossroads at Cair Andros to regain their honor. 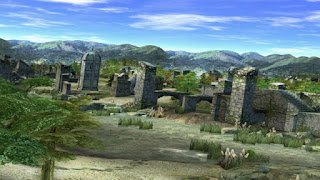 The forces holding the Cair Andros crossroads is a mixed force of Mordor and troops from the various Fallen Realms (Harad and Easterlings).  By this time Cair Andros, a once great city of Gondor, has been reduced to sporadic ruins.
This scenario represents the efforts of the men of Gondor and Rohan to regain their honor by retaking the crossroads of Cair Andros.

Game Length:  This game lasts for 6 turns.
Priority:  The forces of Good have priority for the first turn.  On subsequent turns, roll for priority normally.
Table Size:  The table is a 6 foot by 8 foot table divided into 4 sections.  At the center of each section is a ruins.
A picture of the table layout is below. 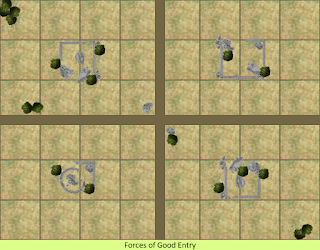 Ruins:  Each of the ruins are a defensible terrain feature capable of holding a single formation of up to 6 companies.
Objectives:  Each side must fight to control each table section.  The side that controls the most table sections at the games end wins.
Controlling Sections:  The side that has a unit occupying the ruins for a sector at games end is in control of that table section.
Evil Deployment:  Up to one evil formation may be deployed in each ruin at the start of the game.  All remaining evil units must be deployed on the "top half" of the table (as pictured).  In short, deploy on the 1/2 of the table opposite from the "good forces" entry side.
Good Deployment:  Starting on turn 1, formations can move onto the table from any point along the Forces of Good Entry table edge as shown on the map. 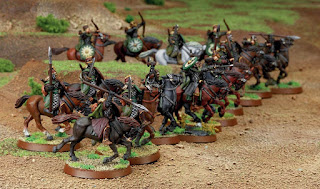 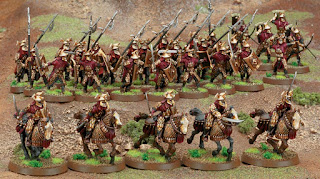 Email ThisBlogThis!Share to TwitterShare to FacebookShare to Pinterest
Labels: Scenarios, War of the Ring

War of the Ring - Modified Rules

I've done a number of modifications to the War of the Ring rules in order to modernize them a bit and make them generally a better set of rules.  I actually very much enjoy the rules and they are still mostly very good.

The "issues" with the rules primarily revolve - IMO - around army lists and army creation.  Since I only play massed battles and don't play the skirmish version of LOTR, I don't care about the movement trays and individual basing.  I wanted large groups of massed troops that look and feel the part - the trays are to large and spaced out.
Below you'll find the links to the modified rules reference and what I've completed so far for the army lists (just Rohan and Isengard at the moment, and not the full lists for those - just what I needed for the Fords of Isen scenario).

Jays Modified War of the Ring Rules Reference:
https://www.dropbox.com/s/ihof3bnbxe84fat/wotr_reference_v2.0_jays_wargaming_madness.pdf?dl=0
Jays Modified War of the Ring Army Lists:
https://www.dropbox.com/s/5yar9dr500sdh65/wotr_army_lists_v2.0_jays_wargaming_madness.pdf?dl=0
NOTE: The army list is very limited at the moment.  I've only added the units I needed for the Fords of Isen game I ran.  I am adding much more to the lists, but you should be able to see the general idea.  Command becomes a "fixed" element of the formation, and I determine the per model cost of the original entry and multiply it by the number of attacks (9 for inf and 3 for cav).  I always round up to the nearest 5 or 10 (e.g. 46.3 becomes 50), which offsets of the cost of command which I don't include otherwise in the calculation.
I'll summarize the key changes below:
That's it off the top of my head.  The play and experience of the game is much improved IMO.  Stay tuned as I work to add more to the army lists.
Essentially, moving to a "groups/multiples" of 3 system is good - since for the most part, Games Workshop sells models in multiples of 3.
You can see a preview of the rules reference below. 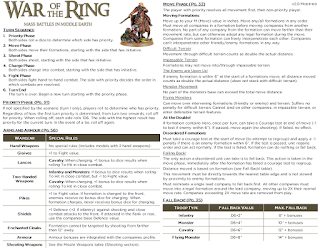 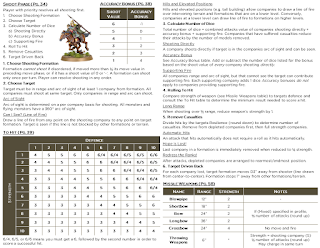 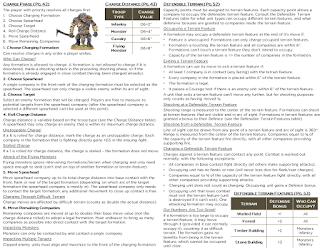 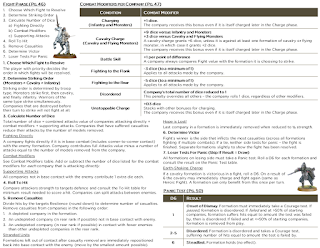 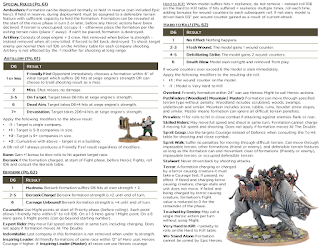 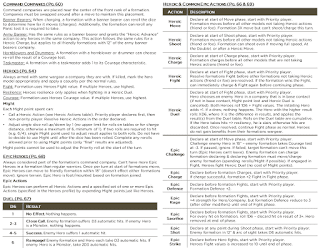 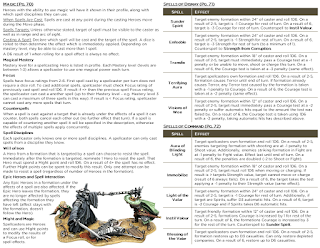 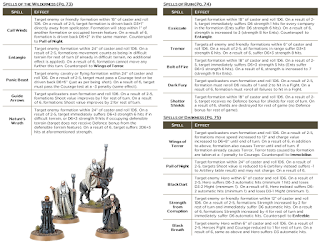 You can see a preview of the current army list pages below. 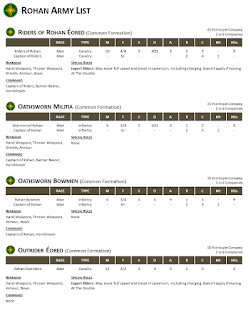 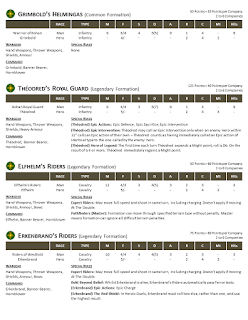 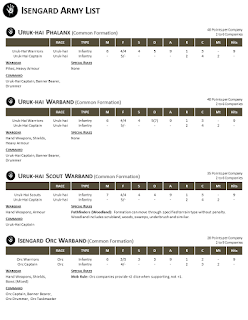 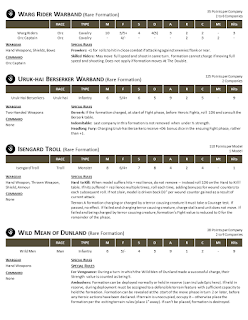 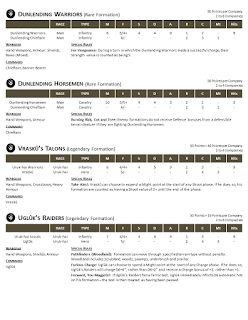