I finally got around to **completely** rebuilding the extruder assembly from my first Prusa 3D printer.  A little over a year ago I had a major failure that caused all the extruded PLA to wrap up around the entire assembly.  Took many hours with a blow dryer to get it all off, cutting wires, etc.  It was in bad shape.  I opted at the time to order the parts I needed and a new printer.  I'm happy to report that I now have a small print farm working away on several models. 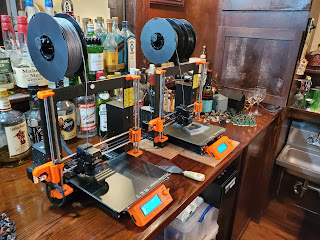 I'm working through printing off Helm's Deep and making good progress, especially with the second printer now online.  I also have some buildings to print for the excellent Steve Dake - so these printers will be busy for a while.
Here is a quick picture of progress.  Nearly complete the interior wall of the Hornburg.  And good progress on the tower.  A lot still to do ... easily 3ish weeks left of printing with both printers going 24/7. 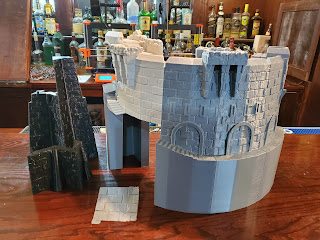 I just finished assembling and cleaning all the Russian forces I need for Austerlitz.  I got a good start on LOTR basing - got a little side tracked, but getting back to this now.
I was able to get 2 units of Rohan bowmen done and the dismounted Rohan Royal Guard with command stands for Théodred and Théoden. 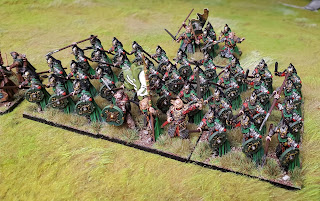 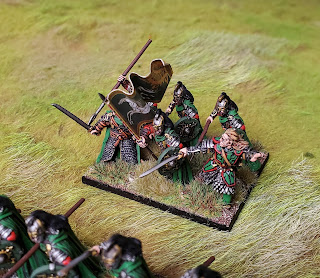 Some air support for my Star Wars (Bolt Action) games has been acquired.  Dan Kerrick had more SW aircraft than he needed so I was able to get these extras from him which gives me one for each side. 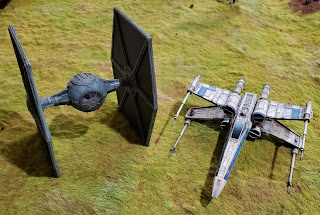 Napoleonic Books by F. G. Hourtoulle.  These are outstanding if you can get your hands on them.  I constantly use these and the various Osprey Campaign books that are available when designing scenarios or looking for uniform plates (although I have far to many ... or maybe just the right amount, of books on Napoleonic uniforms).
The combination of maps from Osprey books and these books provide excellent detail on how the battles developed. 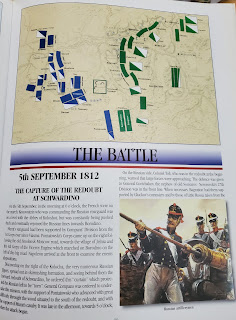 The single most valuable part of these books is the uniform plates.  There are detailed orders of battle for the armies present as well - but the books cover every unit that was present.  Exceptionally great value for wargamers. 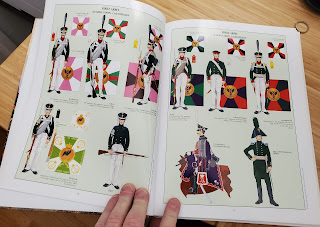 I have all of the books in this series that I'm aware of (for Napoleonic's - other periods have books), covering Eylau/Friedland, Wagram, Borodino, Jena/Auerstaedt, Austerlitz, 1814 and Crossing the Berezina. 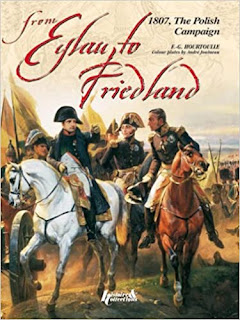 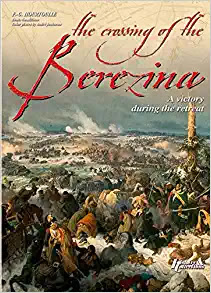 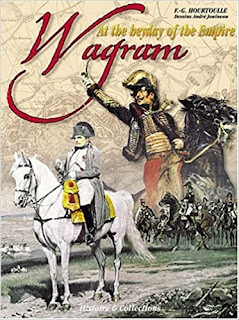 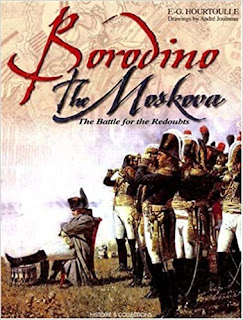 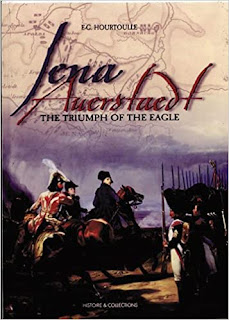 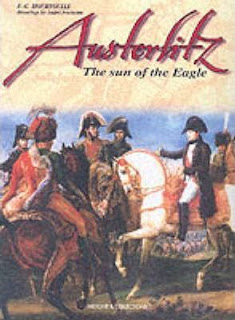 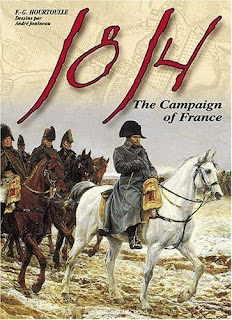