Buckle your seatbelts people, it's 2023!  I hope the holiday season has treated you all well in your part of the world.  If you are new to the blog or have followed along for longer, thank you so much.  I continue to insist that this is primarily a documented history of my wargaming exploits, but I've also met so many fellow wargamers in different parts of the world through doing this blog, so it has yielded far more than I ever thought it would.
I'll break this - long (apologies) post - down into some sections: 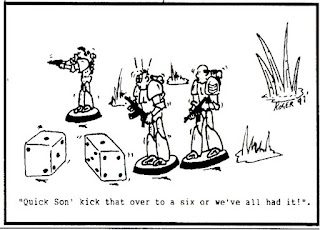 Don't get me wrong, I played some spectacular games at the conventions I attended and got to push lead and roll dice a little outside of those events.  That being said, I went stone cold between KublaCon in late may and other than PacifiCon in September, didn't do any gaming outside of PacifiCon until Thanksgiving! 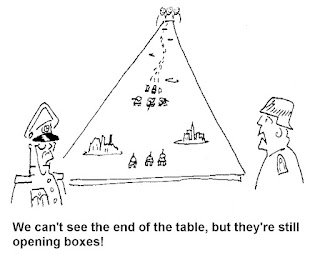 That just isn't acceptable, but I have a few reasons for that ... primarily work was crazy, but my son playing Volleyball (general life stuff), and perhaps most of all, I felt a little confused about which rules to play for certain periods.  I confess I'm a little tired of Bolt Action, which is why WW2 fell to the back burner for me.  I was also distracted by all sorts of random, well ... craziness.  I think mostly I just felt a little lost for most of the back half of the year, unable to focus, unable to get motivated. 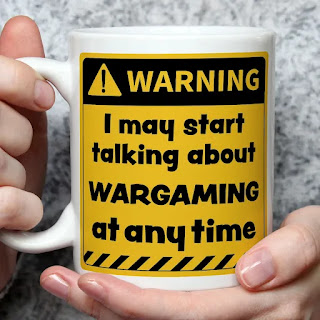 But, just before Christmas I found myself getting my mojo back.  I squeaked in the Trenton games and started getting motivated to do all sorts of things with my existing collection, and cut down on the distractions.

I'm still on vacation this week and trying to make the most of it.  I'm committed to playing more games this year, and I really mean it!  I do need to spend a little time doing some terrain TLC though and I've already started that.  Below you can see my project for this week, getting my new road set completed.  Pictured are the narrower roads - all these are from Total Battle Miniatures.  I have the wide and narrow roads ... 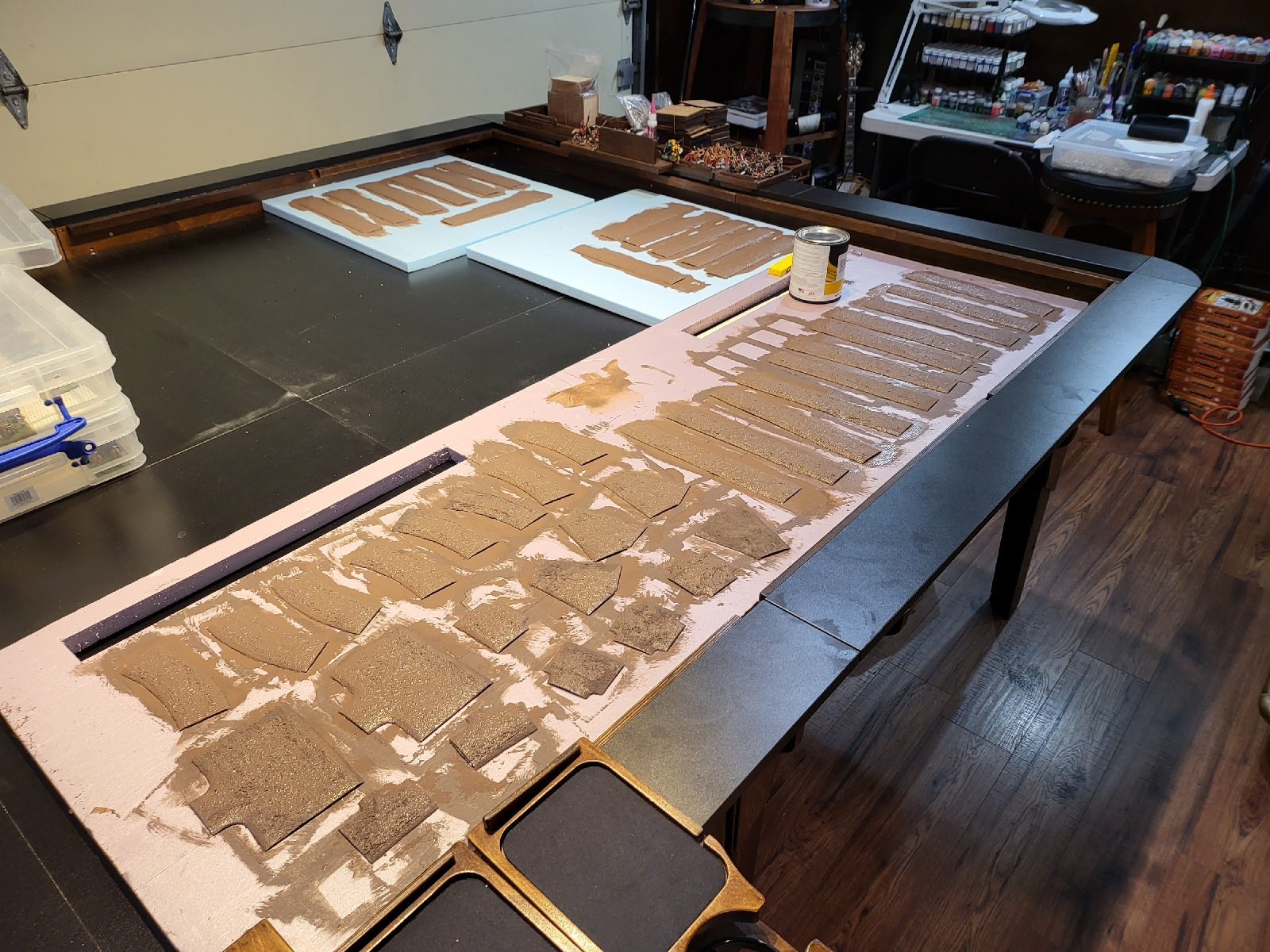 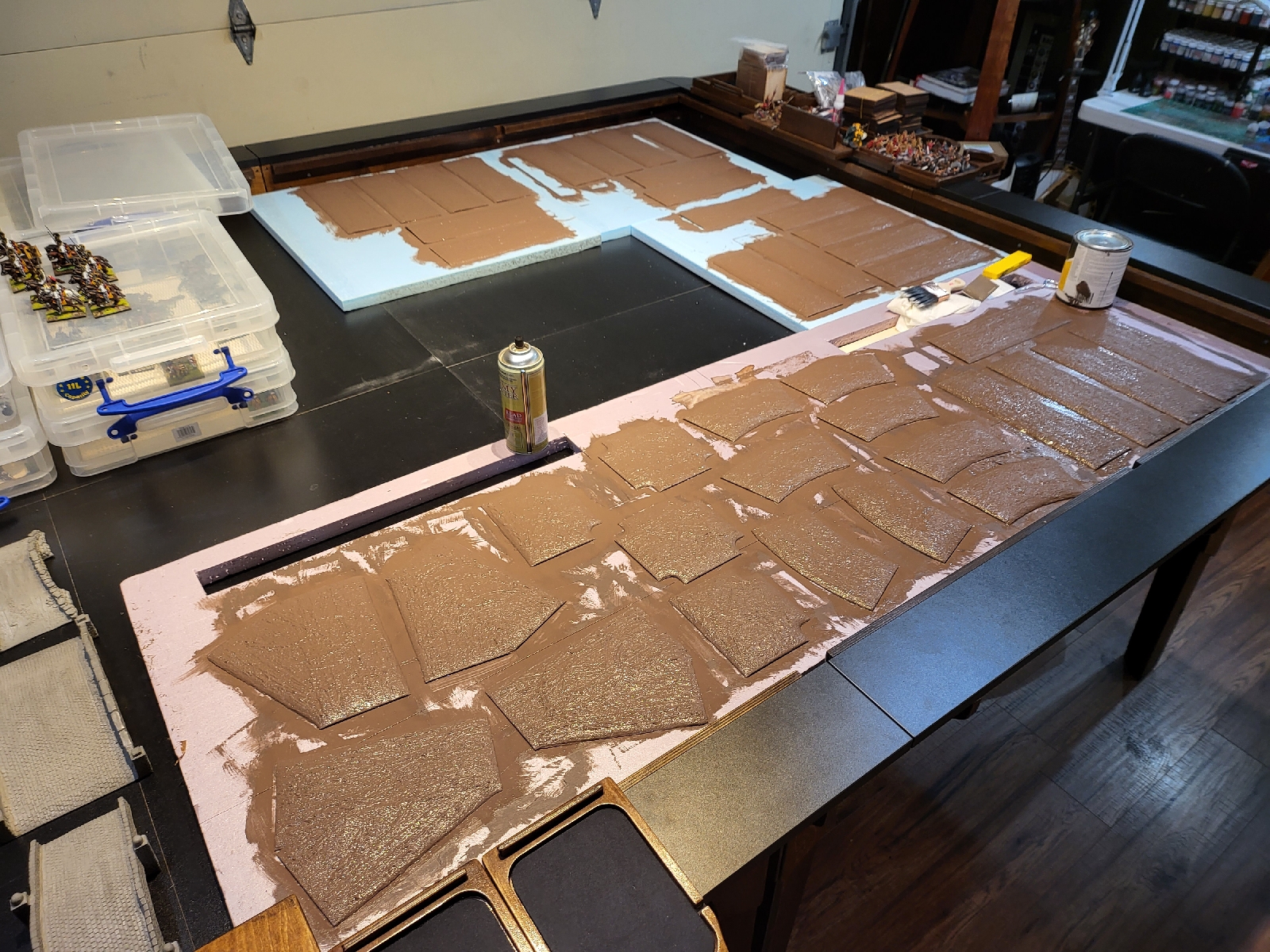 I've ordered a few more buildings from Grand Manner as well that will do great for Napoleonic battles in Russia.  For gaming I really want to put some time into revising and streamlining This Hallowed Ground for ACW.  I've settled on the excellent (and slightly modified by me) Live Free or Die rules for AWI.  General d'Armee is my go to for Napoleonic's now.  I'm excited about using Never Mind the Billhooks for War of the Roses, and Hail Caesar for Dark Ages (Saxons/Vikings).  Finally, my War of the Ring collection is nearing full completion and other than some terrain projects for that, it looks like 2023 will see the completion of that collection.

Funny enough, the other day I was sitting down to put together some scenarios for Napoleonic's, specifically around the first part of the French invasion of Russian in 1812.  I would be looking a building out some Russian rear guard scenarios.  While I was working on this I was playing videos from the various YouTube channels I subscribe to for wargaming when the new scenario book for General d'Armee was highlighted.  I immediately dropped everything and went to the Too Fat Lardies site to purchase the 1813, The Battles for Germany scenario book. 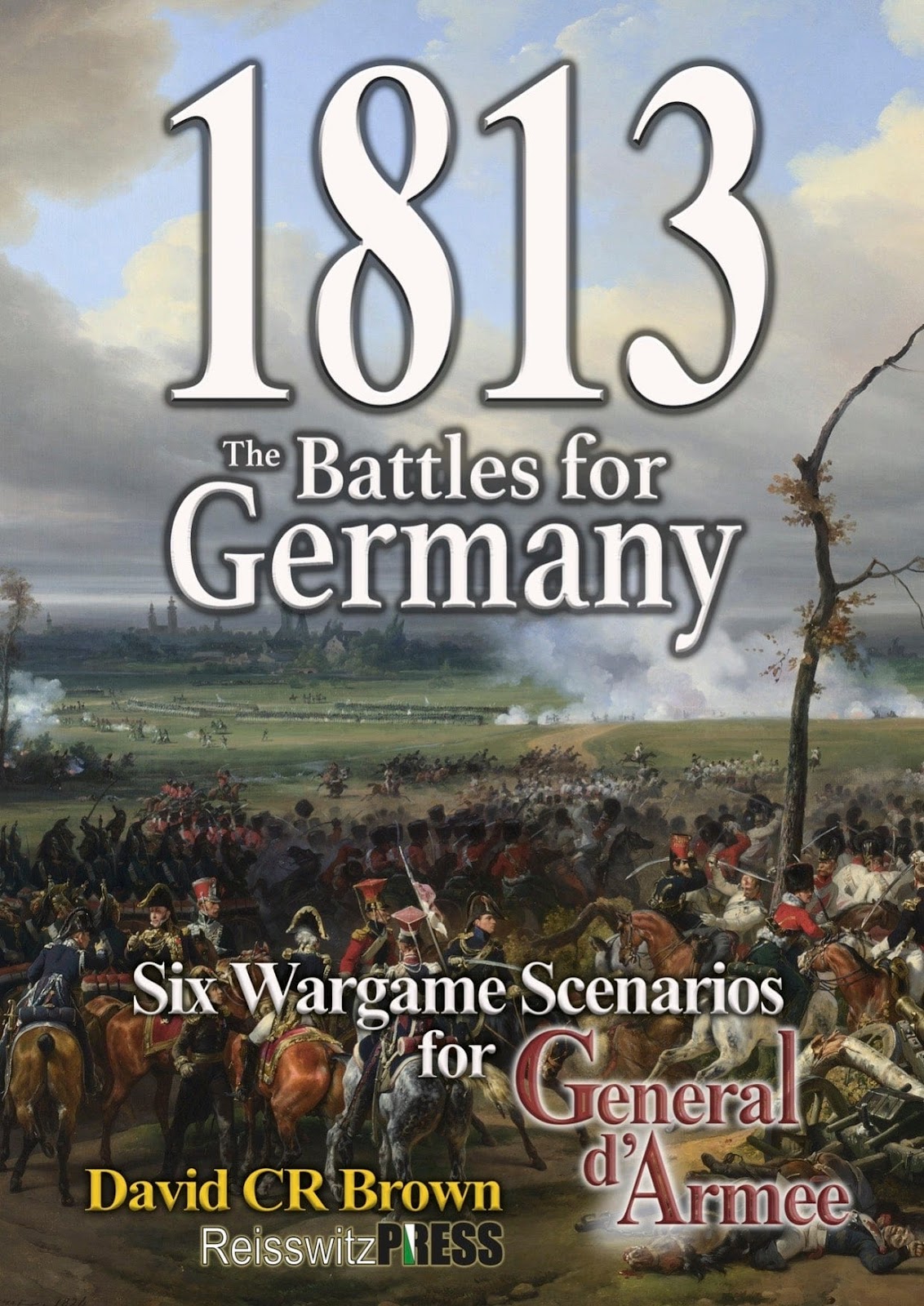 Excellent, just excellent.  I have everything for the Russian, French and Austrian components of all the scenarios.  Roy Scaife is hard at work bringing the Prussian army to our merry group of gamers.  Even without the Prussians for the moment, I have 3 scenarios I can play, today, right now, without having to do anything else.  This is what you'll see next up on the blog.
More than that, a 2nd edition of General d'Armee is due to hit the interwebs and bookshelves in the early summer.  From this thread, the changes sound great and I'm really looking forward to the new revision - while also being happy to use v1 for my games in the meantime.

Reviewing the O'Group battalion level wargame rules for World War 2 have inspired me to try these using my 28mm collection.  I'm unsure it these will work well for more than 2 players, but I'm still reading through the rules and at the very least I will use them for 1v1 games at my house. 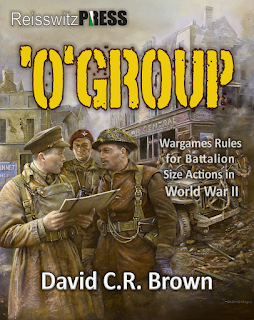 28mm you say?  Yes!  I'll use the 20mm distances in the rules, but I think it is fairly easy to use these for 28mm.  Essentially a 10 figure section in Bolt Action becomes a 10 figure company in O'Group.  Each platoon is 3 figures (representing the 3 different sections), and the 10th figure is the company commander.
In order to make this work, I've ordered some movement trays from Charlie Foxtrot Models. 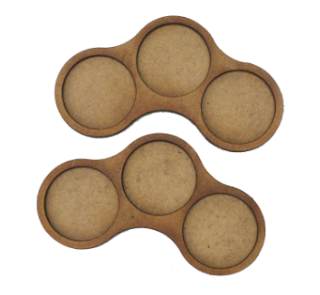 For the platoons (3 figures each) I ordered the movement trays pictures above (link).  3 of these bases will represent the 3 platoons in a company.  If a platoon loses a section (KIA) then take a figure off the movement tray. 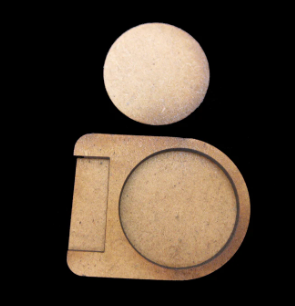 For the company commander, which is a single figure, I ordered the movement tray pictured above (link).  While only a single figure, the back of the base will allow me to indicate which company (e.g., A Company) the models is commanding.
I have everything I need to run the scenario that is included in the main rulebook.  Once I get the movement trays in from CFM all I need to do is sand/paint them up and this game will be going on the tabletop!

I have all the miniatures acquired that I need to do Towton.  I already have one of the battles (divisions) completed with 5 more to go.  I've had a long time desire to play WotR and this is a project I will see through to completion this year.  The long pole here is assembly.  All those Perry Miniatures plastics have a lot of different parts and it really slows down the assembly process. 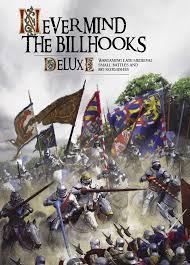 I'm even more motivated for this as the deluxe rulebook for Never Mind the Billhooks recently released and is just a beautiful tomb of wargaming fun.  I have the new cards and really just need to get this game on the table.

I had such a blast playing in the Dark Ages game at Conquest Sacramento that I just could not resist the urge to take my SAGA collection and expand it into a proper mass battle collection for the Dark Ages.  I have the movement trays from Charlie Foxtrot Models and and healthy start to the painted figures (about 120+ painted already).  Of course, I'll need about 500-600 figures when all done - but I've already got them from Gripping Beast. 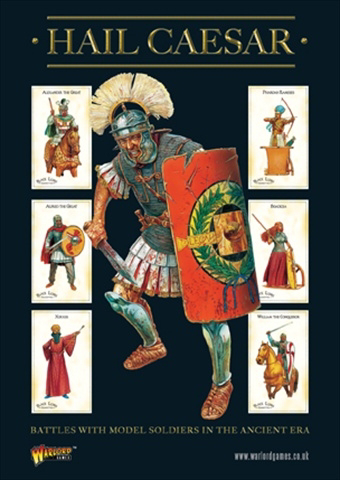 I'll be using Hail Caesar with the Shieldwall Dark Age supplement.  I'll also be adopting the cleaver rules changes from Stew that he used for his game.

So there you have it ... lot's of plans as usual.  I will get through these projects, likely with some distractions along the way.  We do what we can but I'm determined this year to get in more games and continue to knock down these projects.
I'll leave you with the most likely first distraction of 2023 - 10mm English Civil War using Pendraken Miniatures.  I even painted up a 10mm building ... 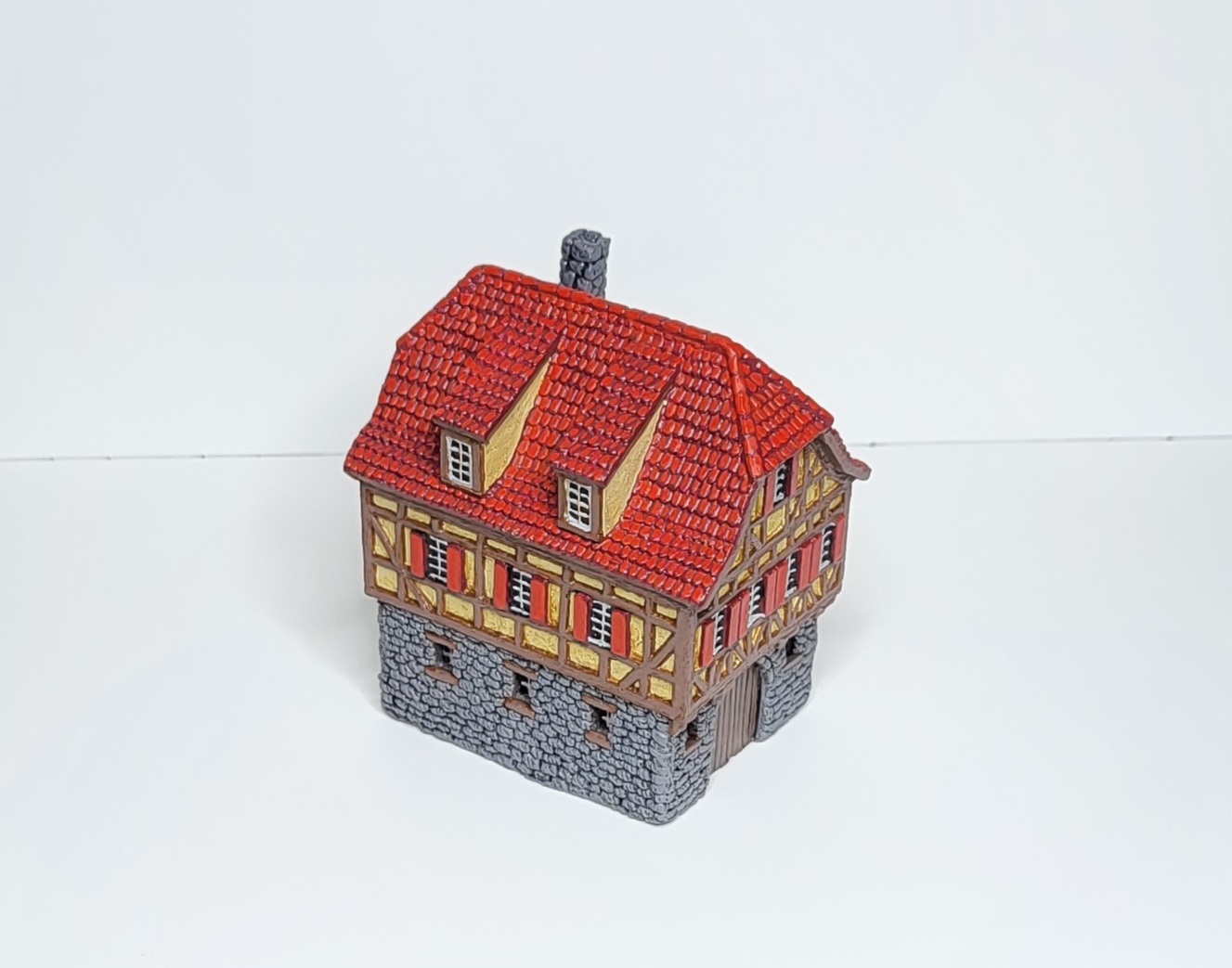 I'd like to start by having enough to do the Battle of Edgehill, which shouldn't require too much effort (comparatively speaking to say a large 28mm project).
So stay tuned, keep on painting, and go roll some dice!
Posted by Jay White at 3:05 PM