A somewhat spontaneous game of Blood and Plunder happened today.
Dan Kerrick was to come by to pick up some stuff from my place.  He had some time on his hands and I had been speaking with Roy Scaife at the same time who was also otherwise not engaged.  The result, I pulled out some Blood and Plunder stuff and dove right into my first game.
I quickly pulled together some terrain.  Buildings I have from Crescent Root Studio, the mat we've used for the Battle of Scariff, and the associated palm trees, etc.  Scatter terrain is also from Crescent Root Studio.
I must count myself remiss - in that I've had the miniatures ready to go for this game for well over a year but have not actually played a game!  Shame.  Shame.  Shame ... march me through the city naked for my insolence!
Before I dig into a few thoughts on the same ... some close up pictures for you all ... 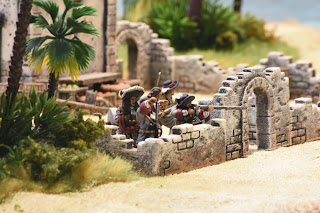 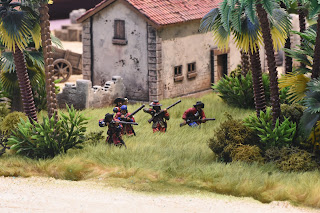 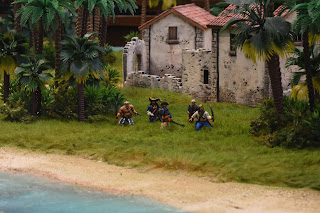 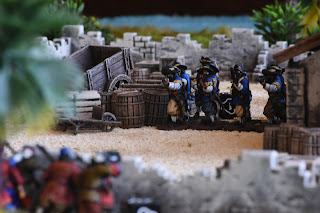 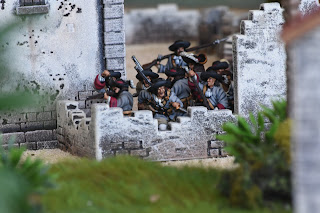 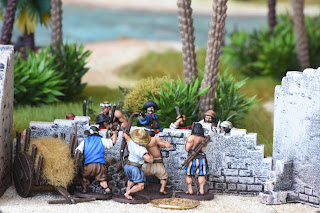 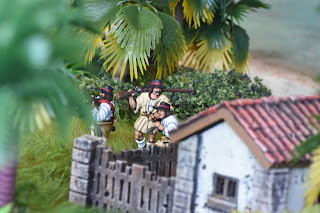 Now that you've seen some eye candy (more to come) ... a few thoughts.
This game is awesome.
We had a blast.  From knowing nothing, we played through our first game - 100 point lists each (the start armies each for England, Spain and France) - from start to finish, in 3 hours.  The rules are extremely well written and laid out ... additionally they are at the exact level of complexity (in that they are not complex, but offer a lot of strategic play options and are not overly dumbed down in any way).
After the first turn it was auto pilot ... even the special rules are easy to remember.  We moved along at a great pace.  Note that we only played a land battle and not a sea battle.  In reading the ship rules, that does add a whole extra layer of stuff in the game.  I do look forward to that though!
Multi-player works.
The activation system moves along.  Our first game was a 3 player game.  Many skirmish systems I've played would fall apart quickly when there are more than 2 distinct sides.  This moved along swimmingly!
It left me wanting more ... a lot more.
You know it's good when you are ordering stuff in the middle of still playing the game ... right?!  Yup ... that exactly what I did ... I ordered additional buildings from Crescent Root Studio ... and more stuff from Firelock Games.
I want to fill out my existing factions more - and finish the factions I have already from the No Peace Beyond the Line Kickstarter.  Oooo ...and ships ... yes!
If you haven't looked at or played this game ... I say take a look - really.
Now for some in game pictures and such from my lovely phone camera ... 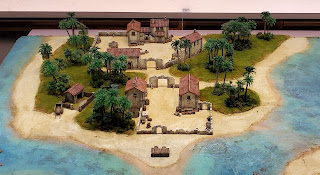 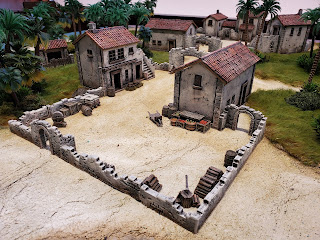 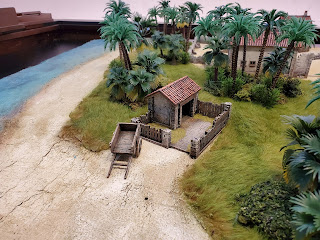 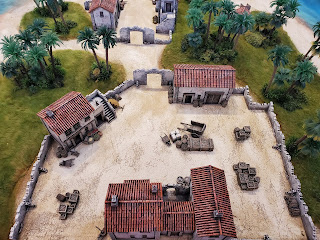 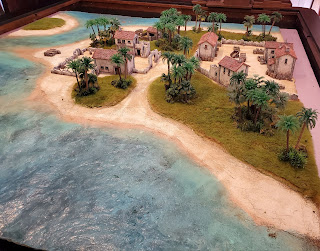 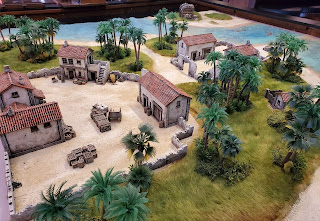 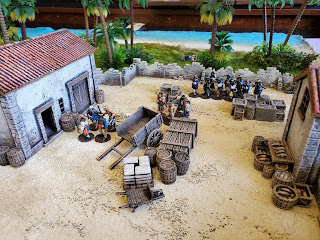 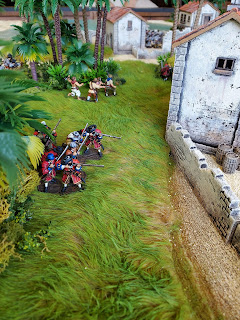 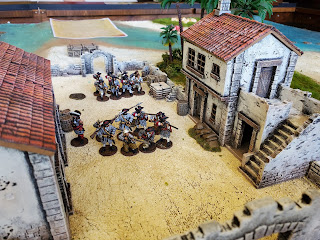 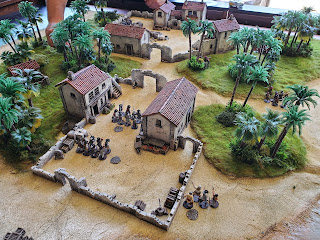 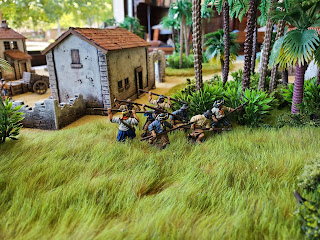 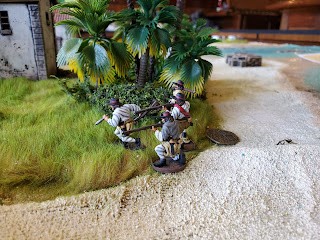 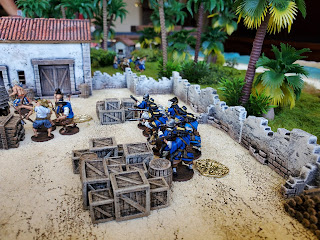 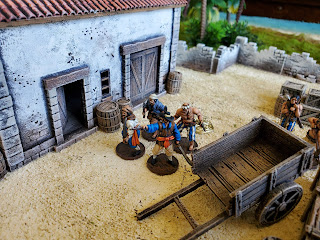 I look forward to more here ... much more.  I have the models, ships and such ... it is just a matter of getting more painted/done ... and this game provided some good motivation.
Posted by Jay White at 5:23 PM