Played the standard Battle of Bautzen, 1813 - MacDonald's Attack scenario from the General d'Armee rulebook today.  I must say I'm very happy with the rules.  We all managed to get through the game with all questions being answered.  The QRS is great and the rulebook is structured in a way that makes it easy to find answers.
I'll say this was a large game for my feeble 6 foot by 8 foot table.  You really need some space for each brigade - you don't really want brigades stacked up behind others.  That being said, we all had a great time playing through the scenario.
The French attack just kept stalling and really struggled to get some momentum - except for a glorious Dragoon charge near the center that ran down a unit and caused two others to flee in terror.  A great result for the French - but the Russian Mariupol Hussars plugged the gap and then saw off the Dragoons, saving the day for the Russian army.
Result, Russian victory.  Also the debut of my Russian Napoleonic army.
Pictures below using the nice camera. 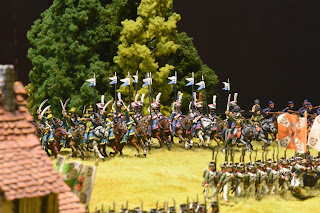 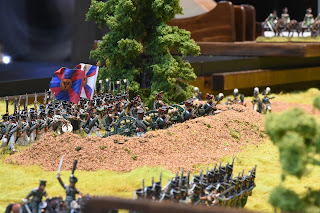 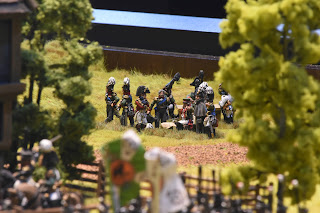 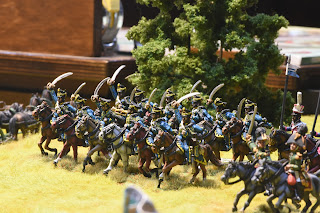 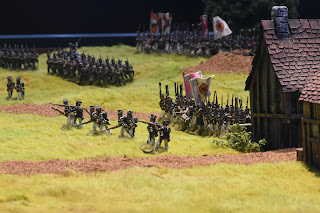 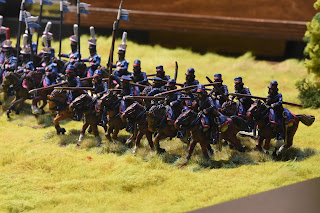 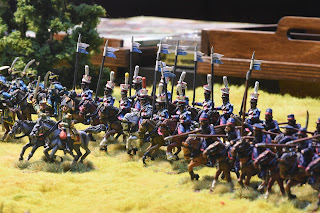 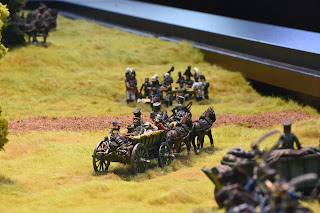 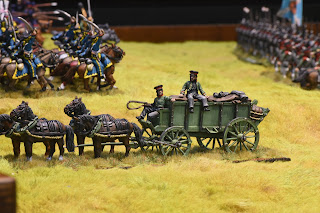 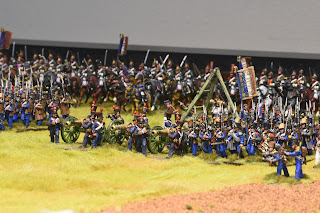 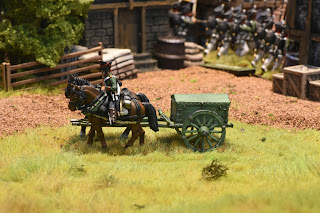 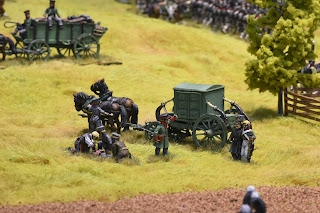 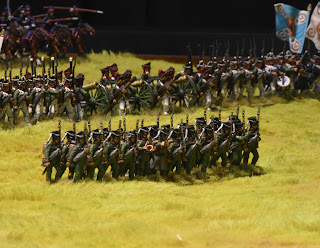 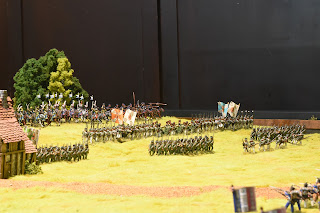 Phone pictures below ... I didn't get a lot of pictures of the in progress game as I was very focused on playing through the rules and testing as much of the written rules as possible.  The good news is I think we exercised just about every part of the rules. 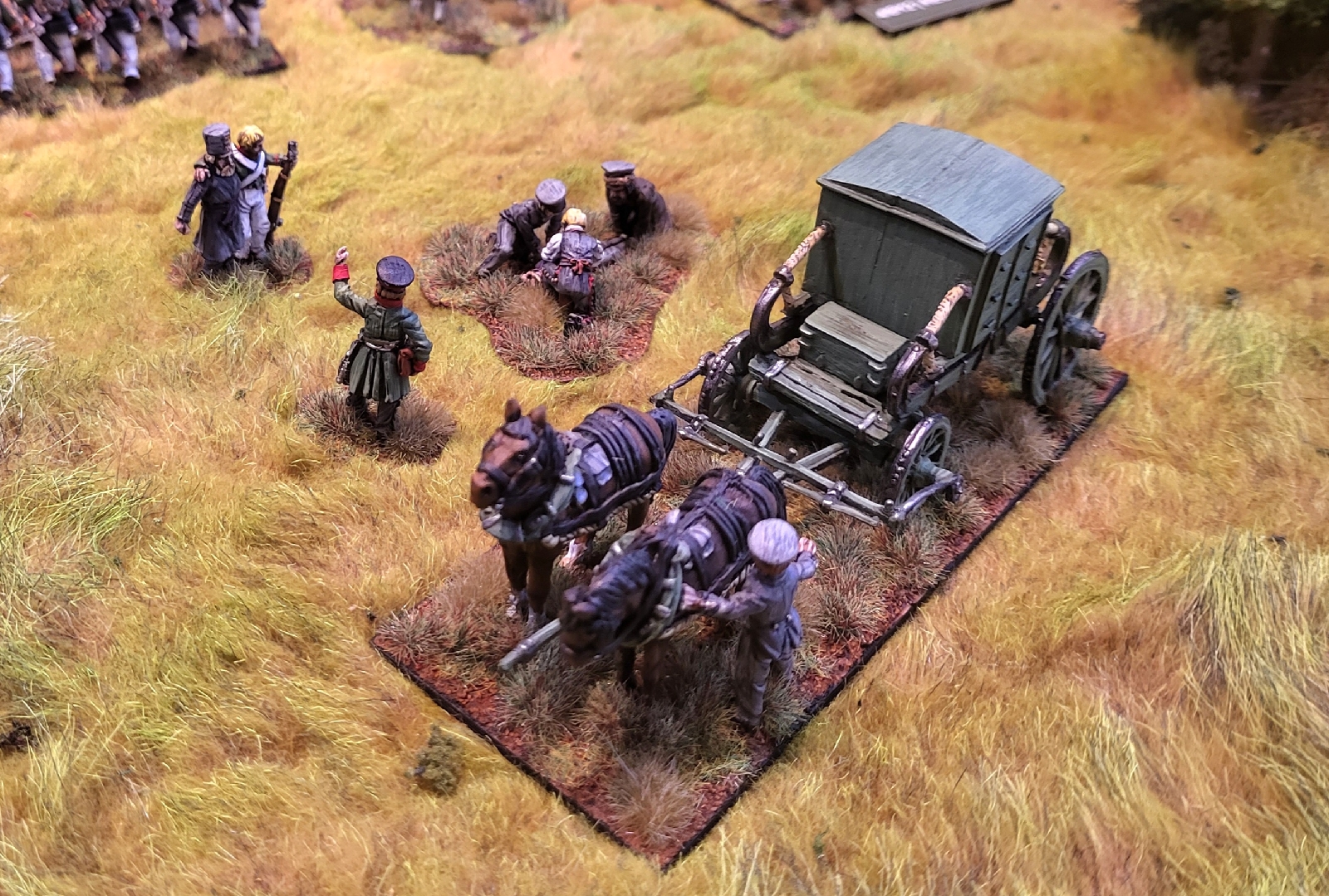 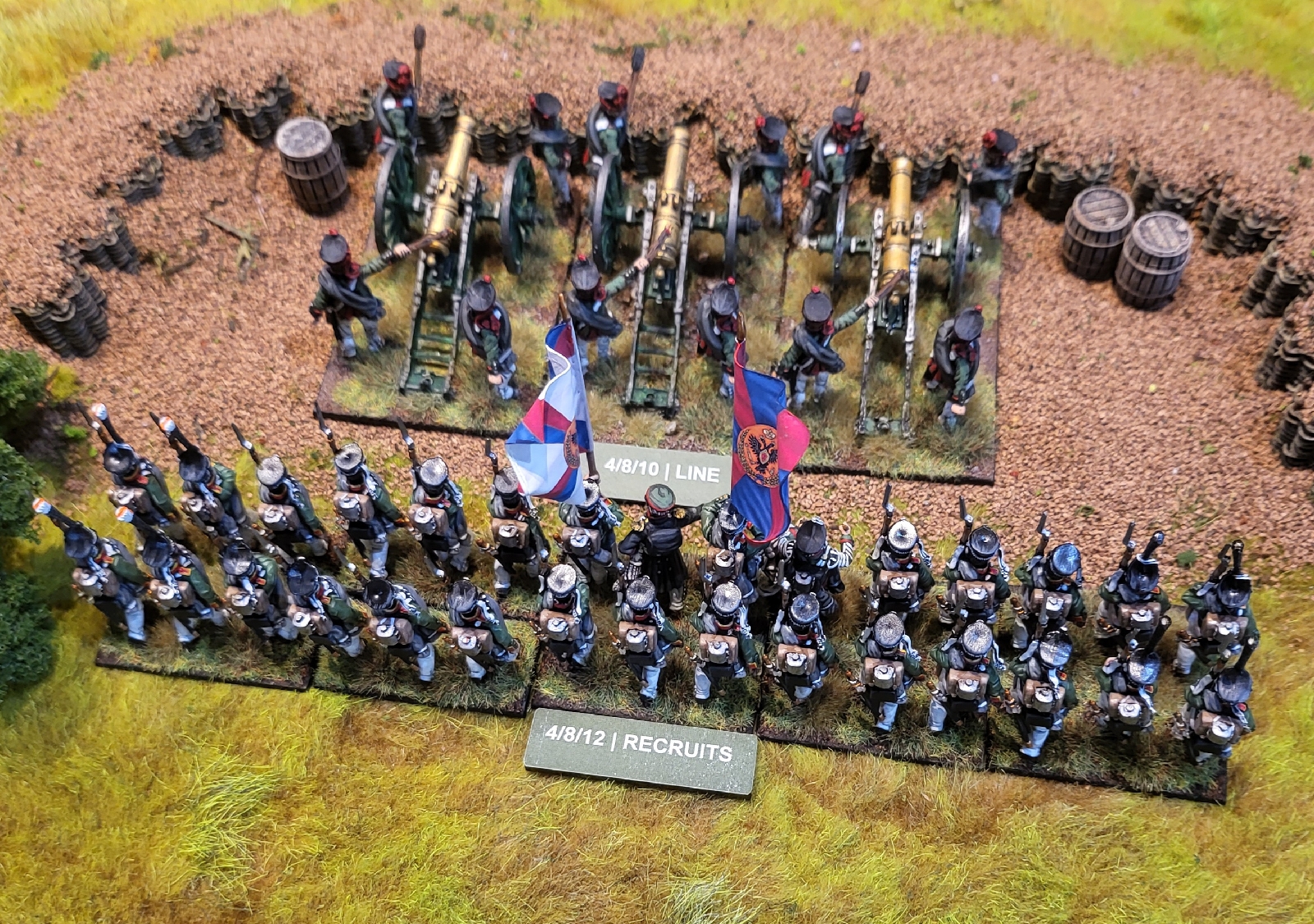 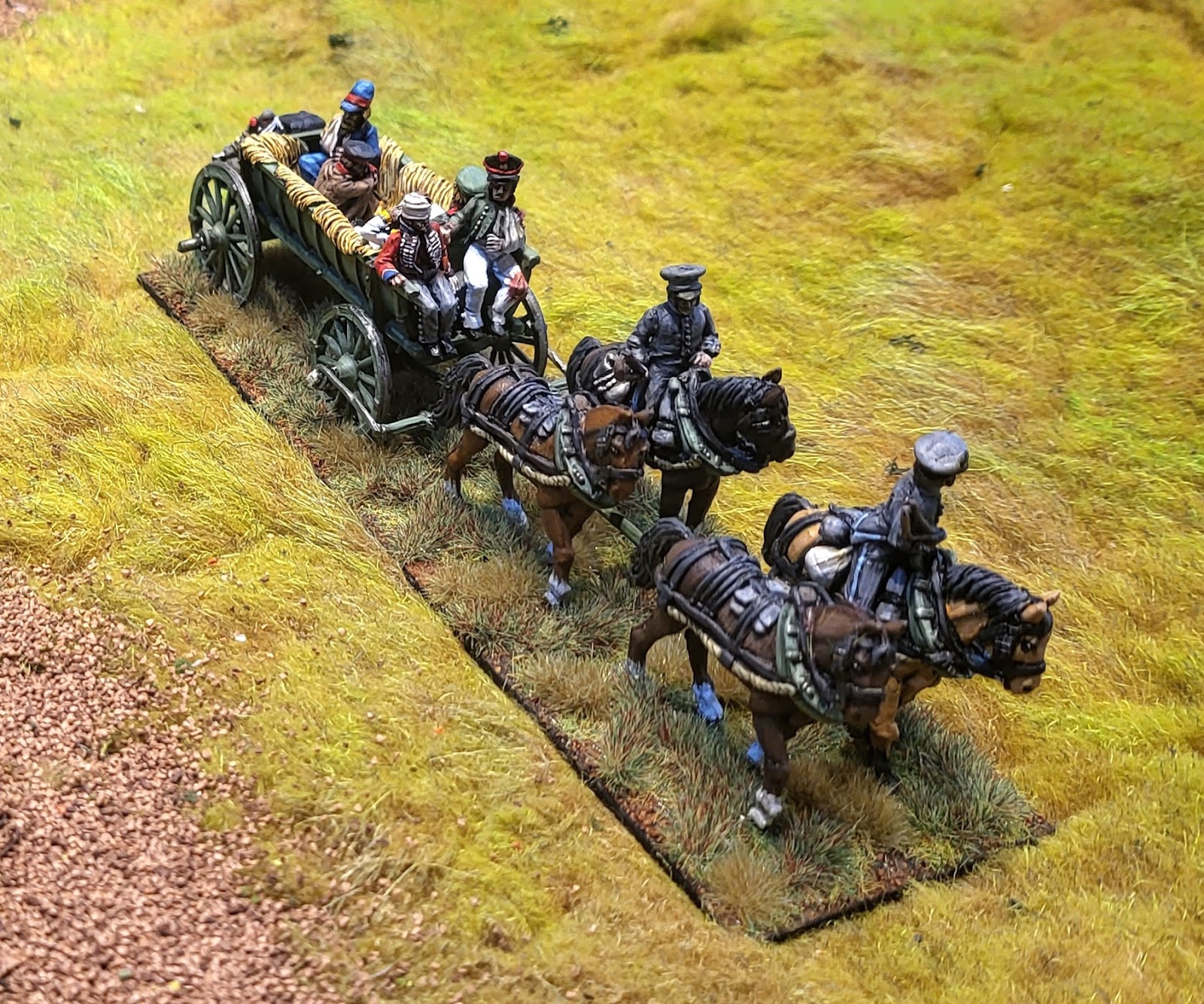 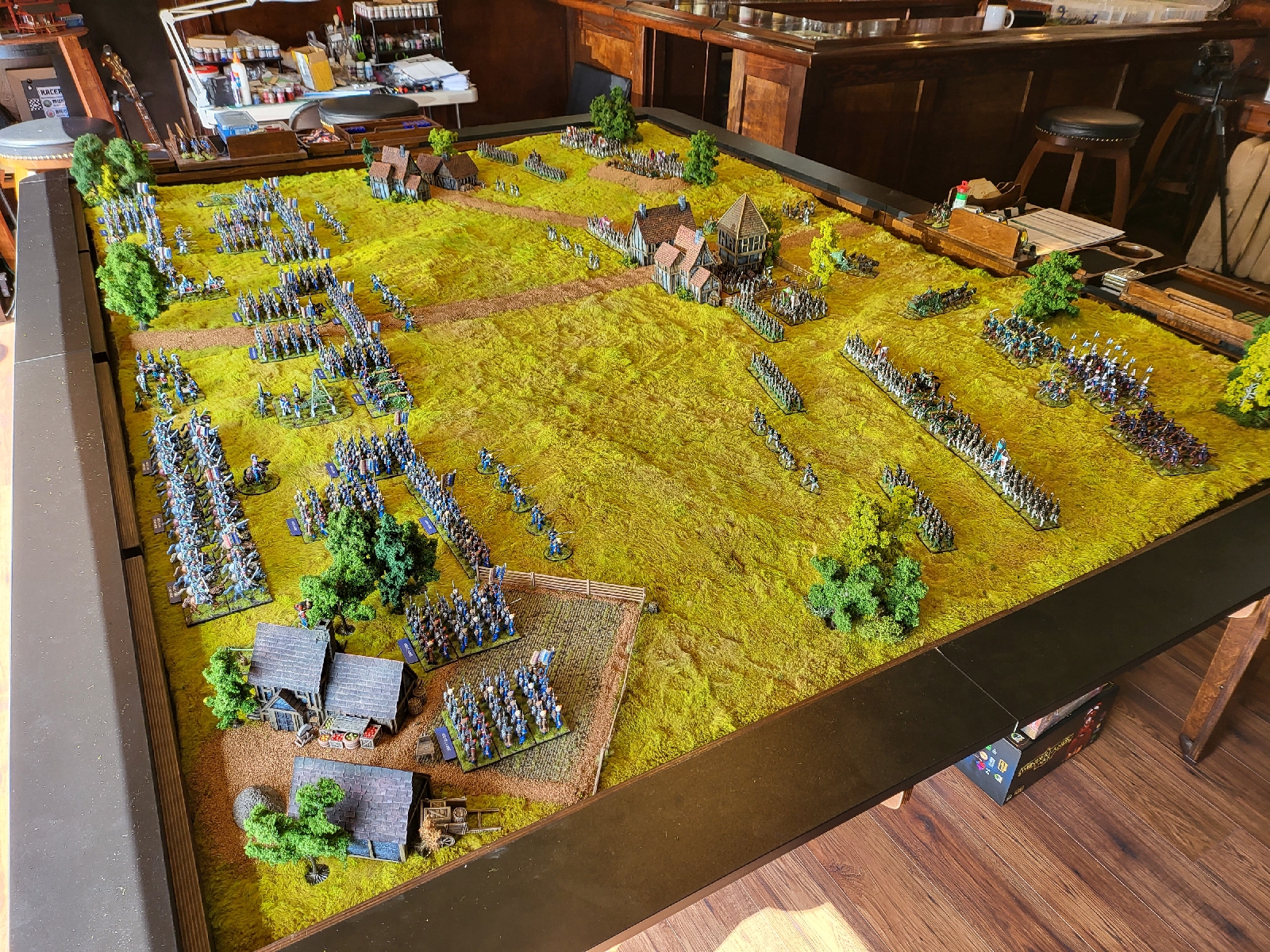 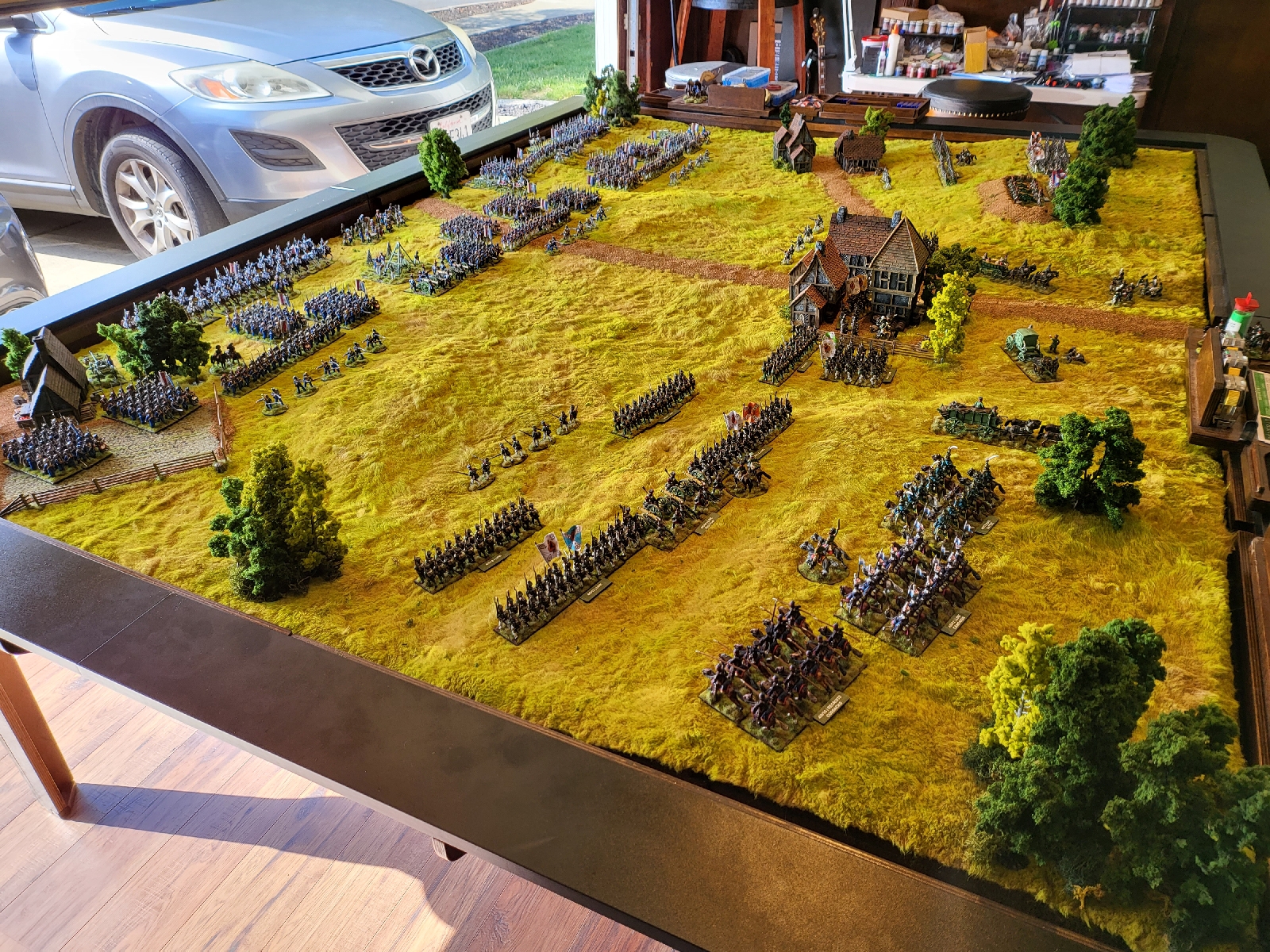 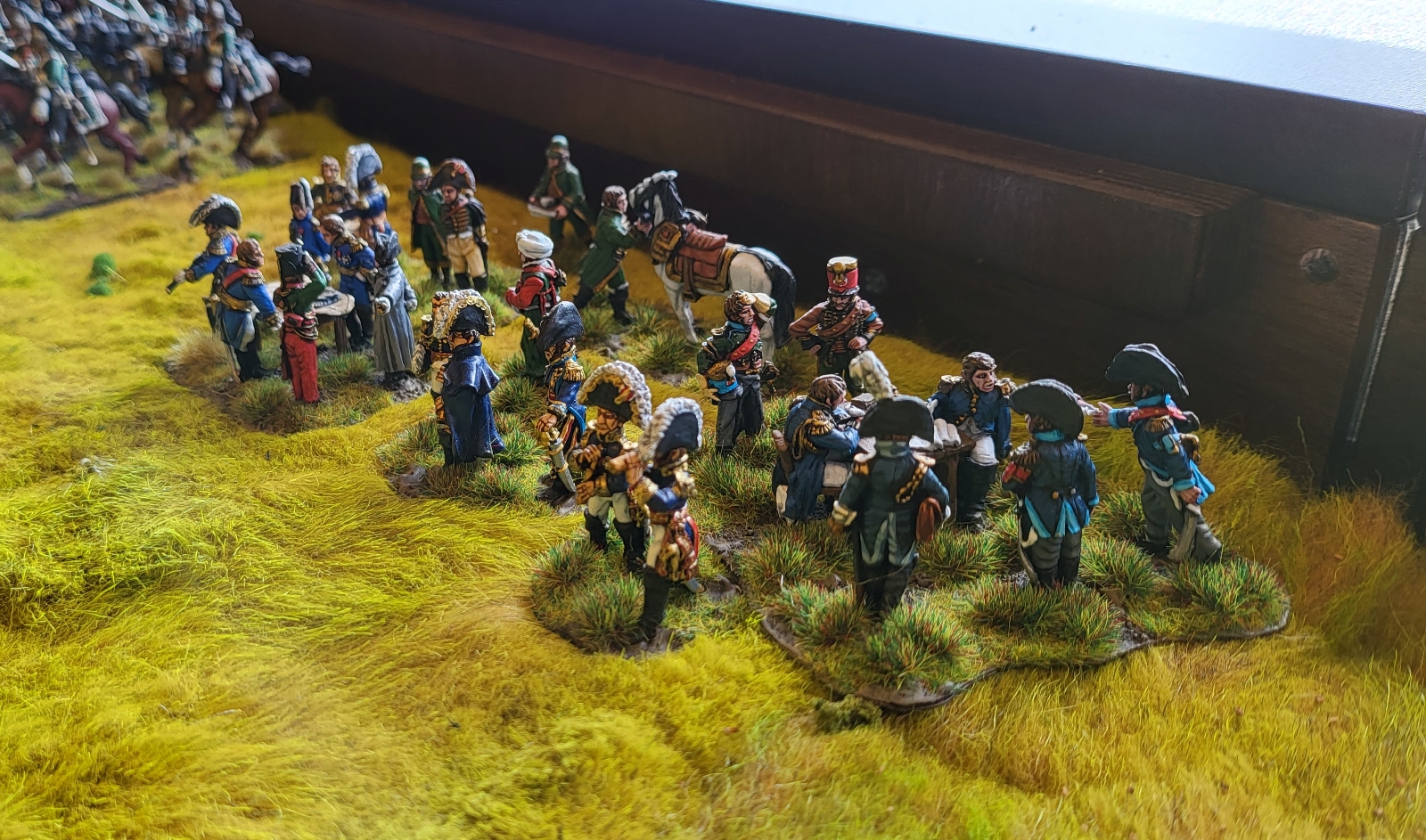 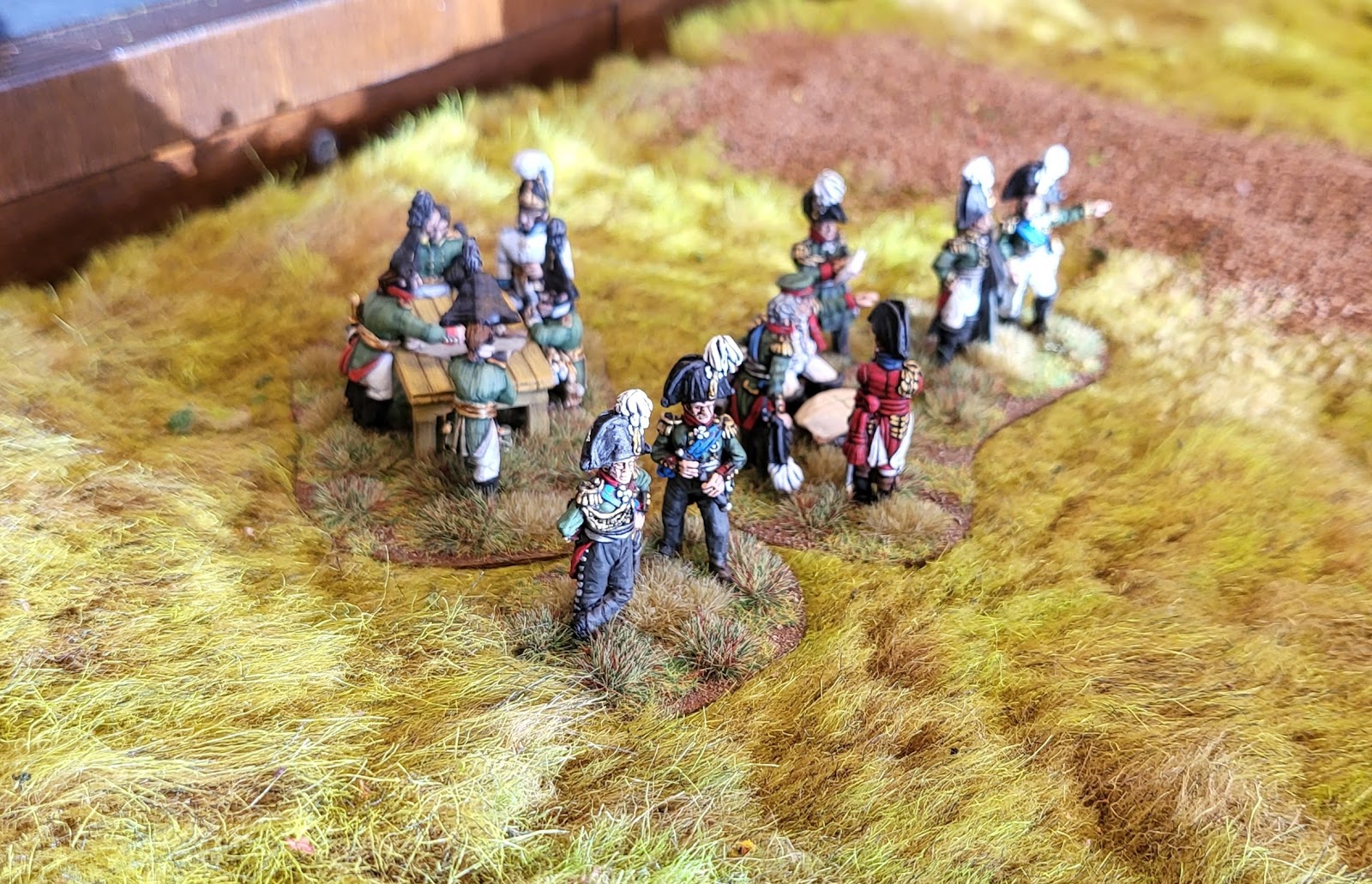 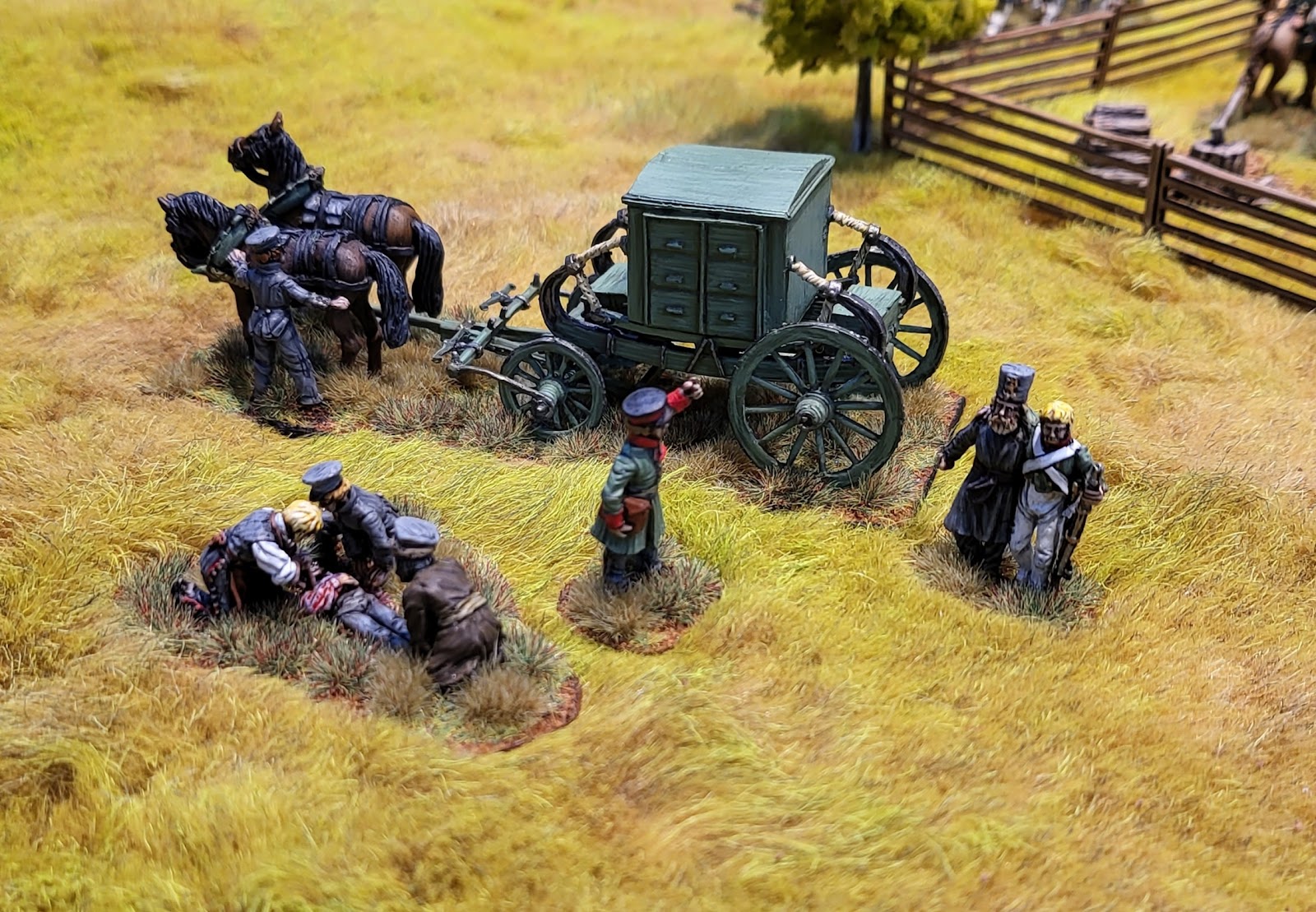 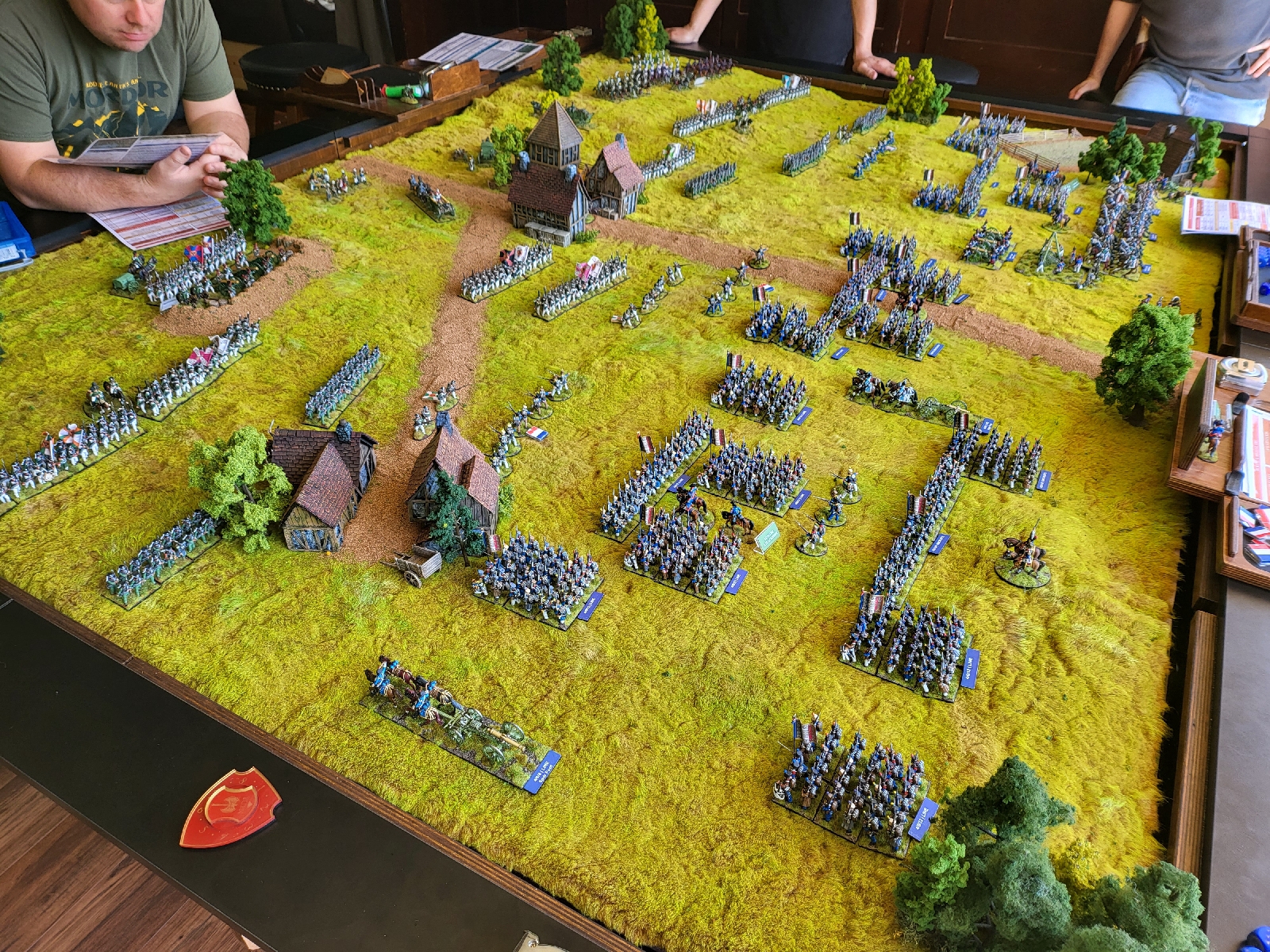 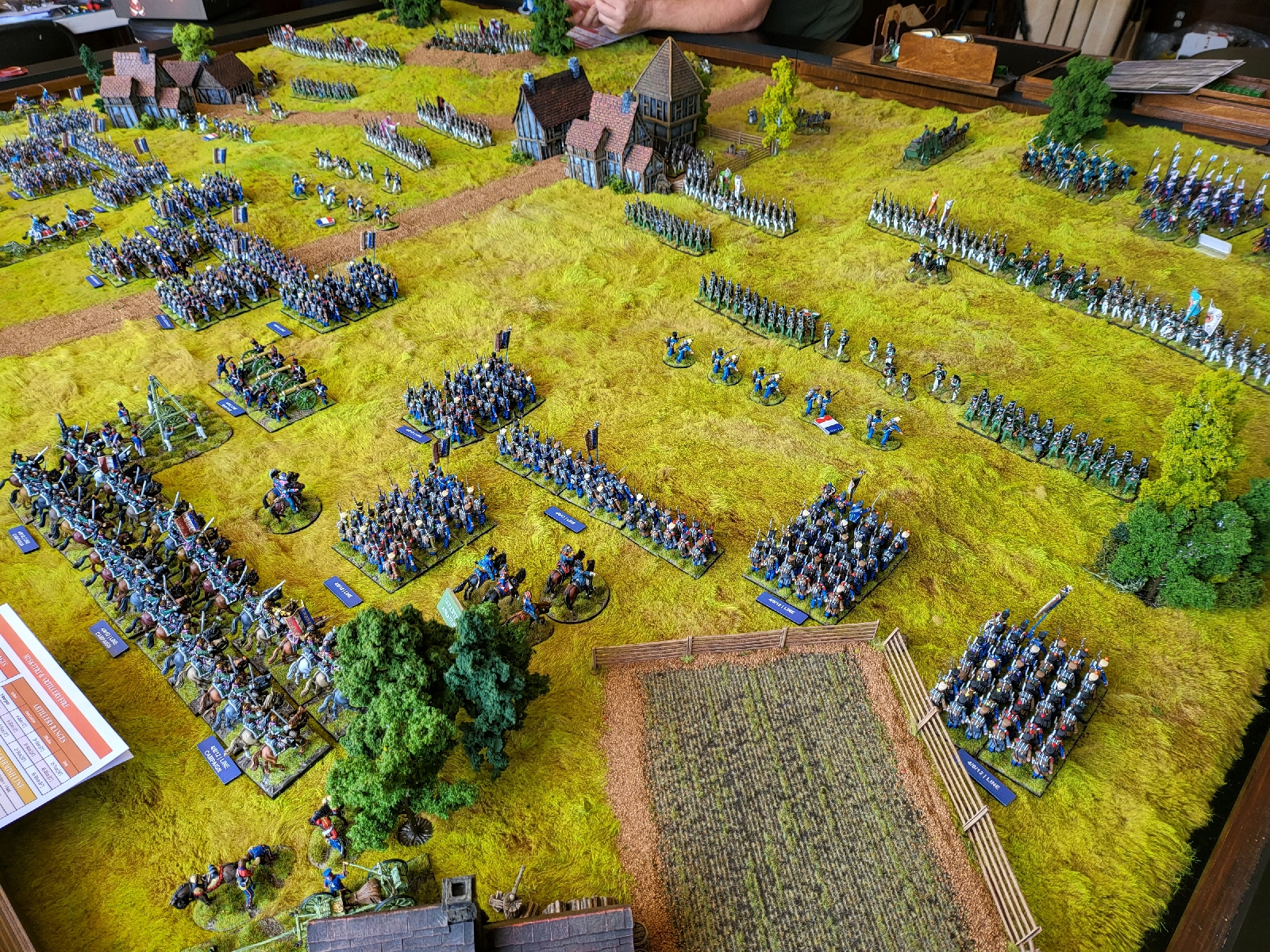 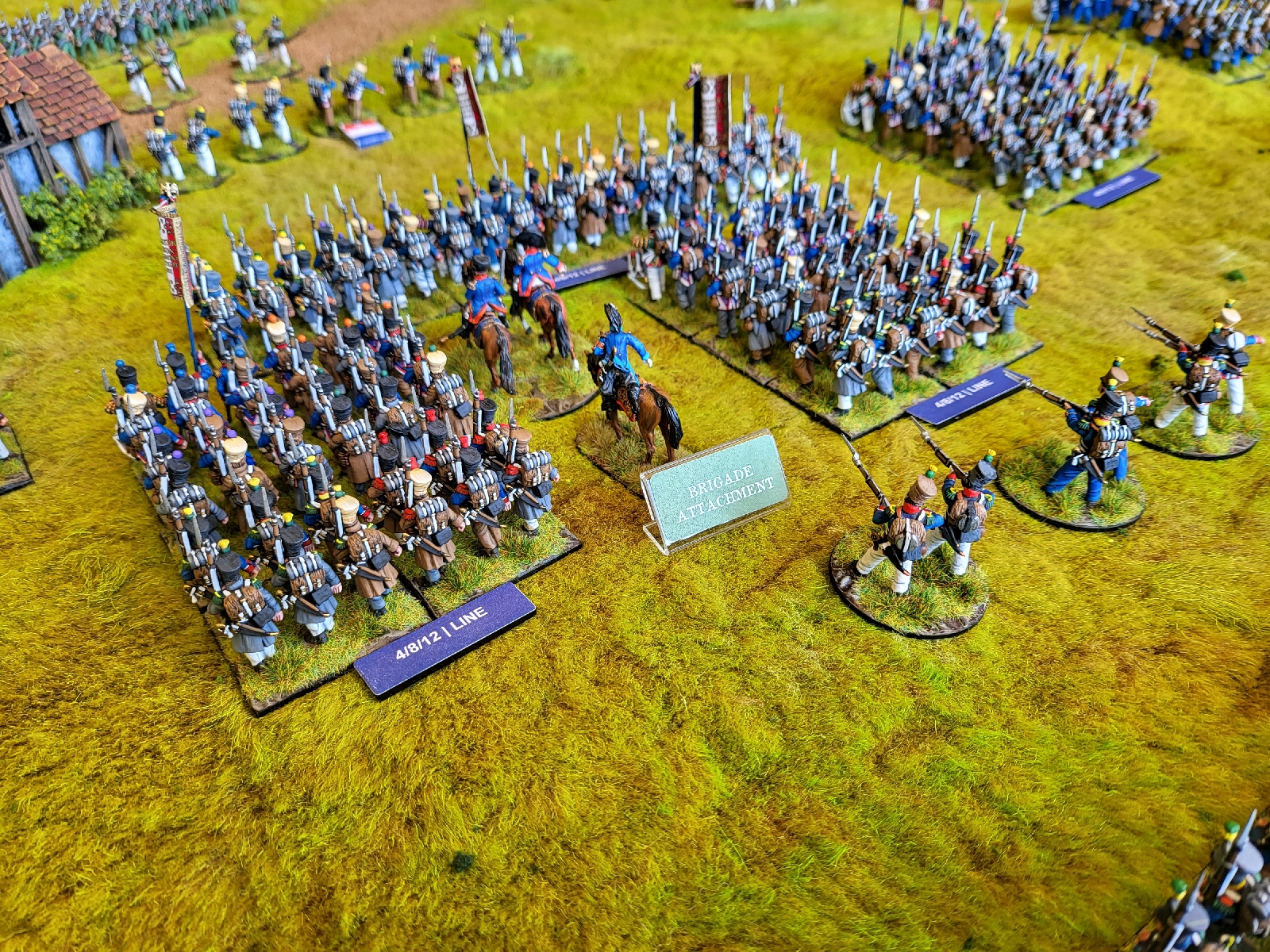 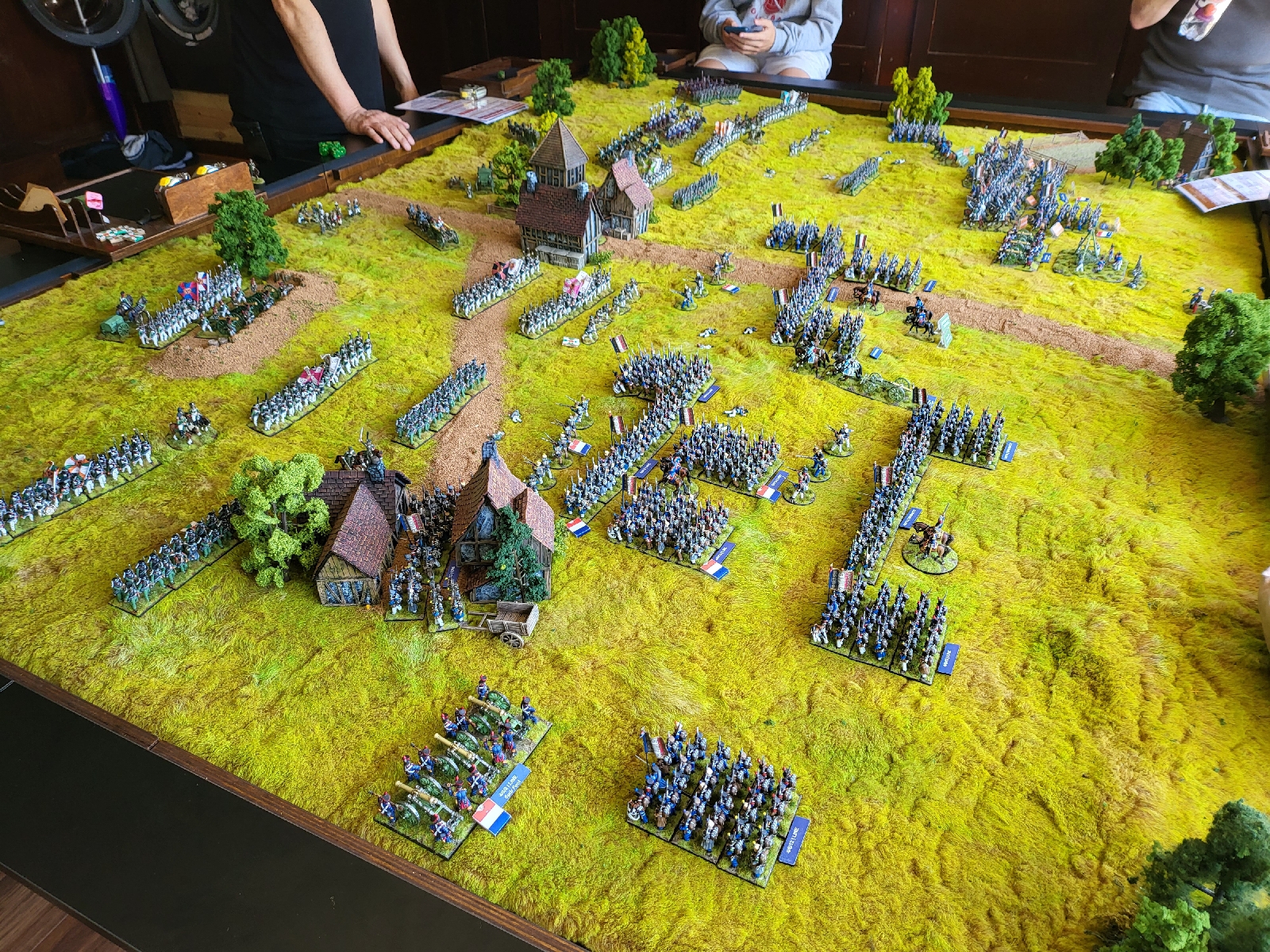 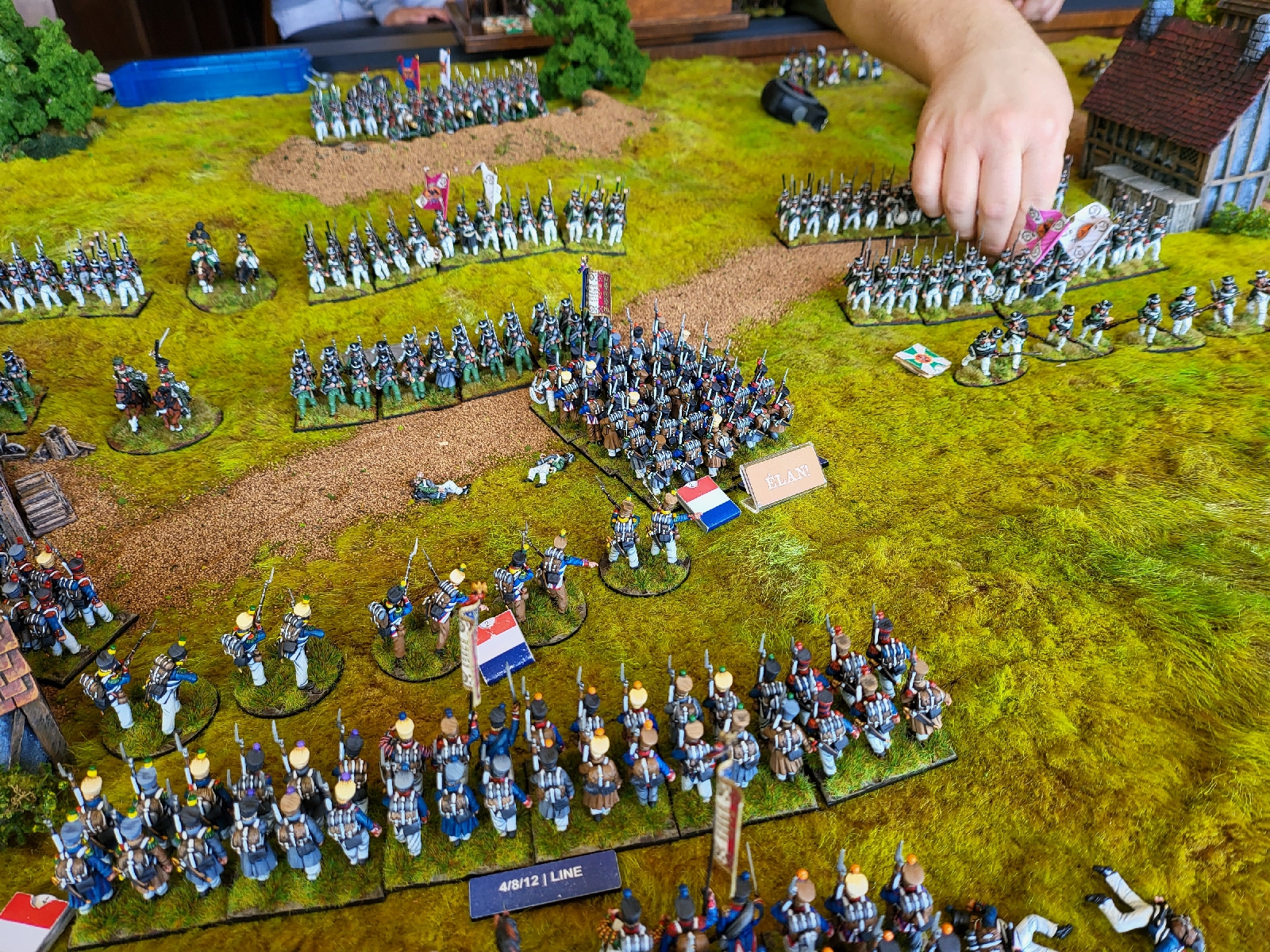 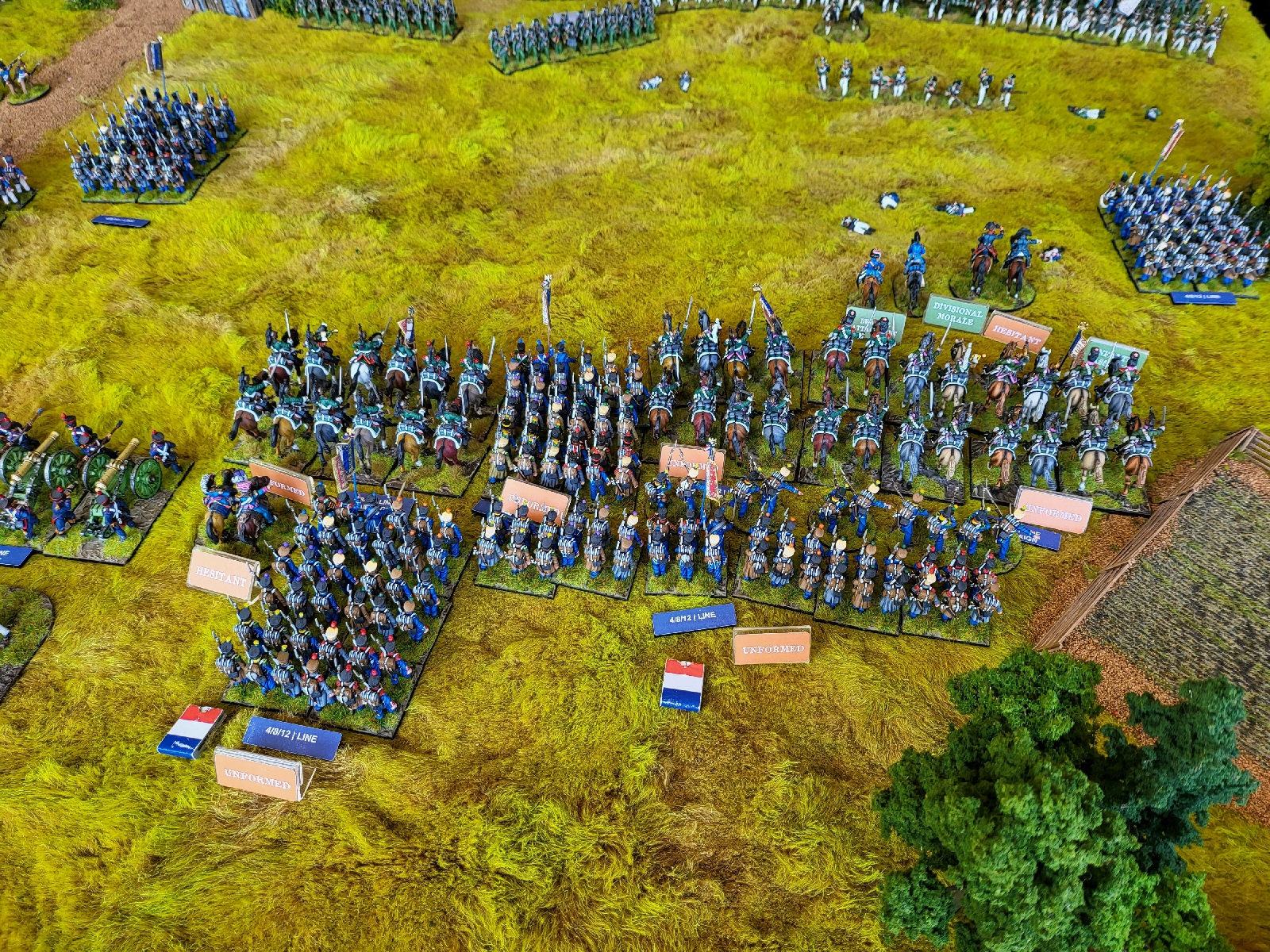 That's it for now.  Next up I need to take some proper pictures of all these new Russian units.
Posted by Jay White at 5:41 PM