I've spent a good chunk of time on revising the War of the Ring rules.  Why?  The rules are fairly old and "very GW" in how they are written.  Of course they wanted to be able to bridge those who wanted to use their collections for both skirmish and mass battle engagements.  Really, it was just a build onto the skirmish system.  That being said, there is a lot about the rules I like.
Disclaimer: I'm posting this so I can track it and have it easily accessible to myself and for my gaming group.  I share it only in the interest of the community as a whole should someone out there also be interested in using these modernized WotR rules for their own purposes.

There are many things that needed to be say - modernized - for the rules.  Streamlining things that slow down the game that could be integrated together, collapsing easily forgotten rules into profiles so that what you see in a profile is accurate to everything that formation is equipped with (e.g. two-handed weapons decreasing a units fight), and simplifying things such as heroic actions (now called mighty actions), movement rates, formation sizes, and so on.  The idea is that the game is still very much War of the Ring, but plays easier.
I've done some playtesting of the rules and I'm happy with the results.  But, still calling them beta rules for now until I get more and larger games played out.
You can download the rules here:
War of the Ring Revised (Beta) Rules
Army lists are a separate document, which can be downloaded here:
War of the Ring Revised (Beta) Army Lists
I've created preview images of the 8 pages (A4 that print as 4 double-sided sheets) below.  You really only need these sheets in order to play.  Owning the original rules is handy, but not required. 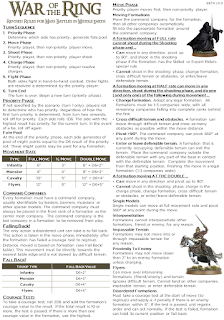 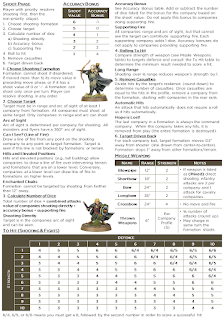 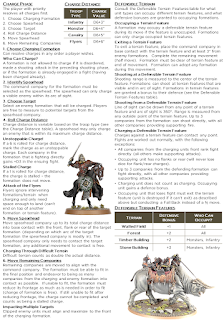 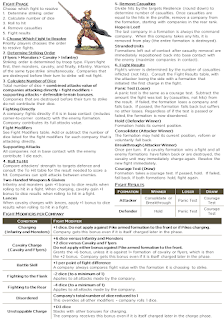 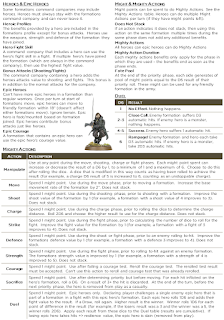 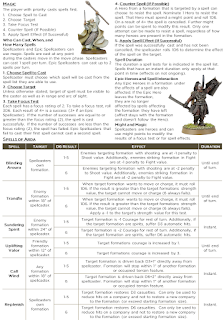 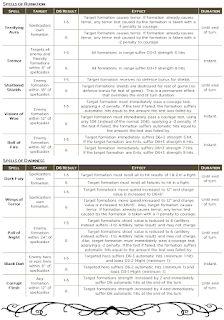 As I mentioned, there are all new army lists to go along with the above.  Preview images of those lists below.  While I've done many of the armies from the original book - not all of them are there at this time (missing currently are the Elves, Dwarves and Misty Mountains).  The "larger" army lists are laid out so that the unit profiles are all on one page, with the faction specific special rules on the next page (or reverse side of the page if printed double-sided).  The small army lists have both the profiles and special rules on a single page. 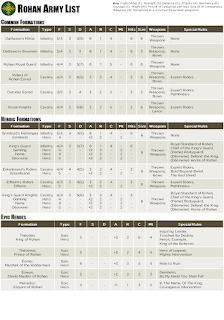 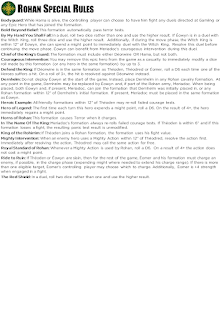 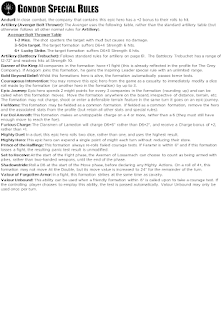 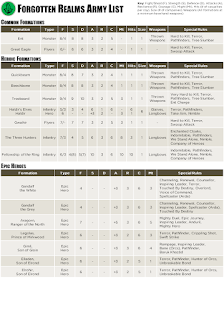 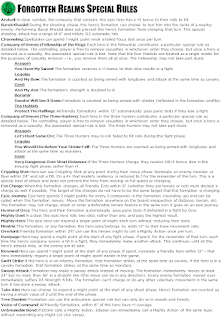 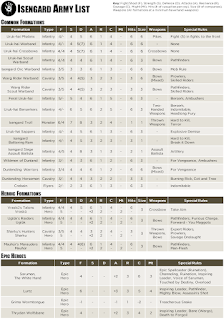 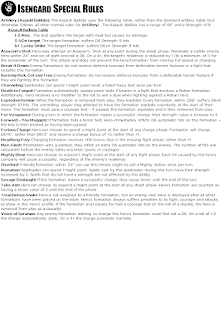 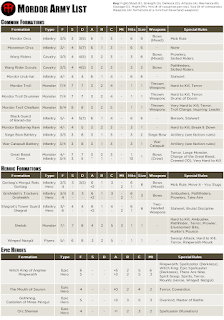 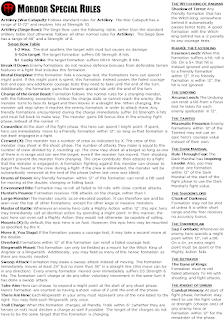 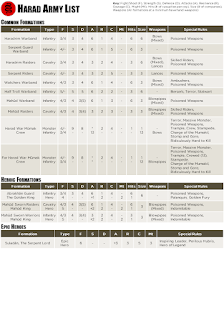 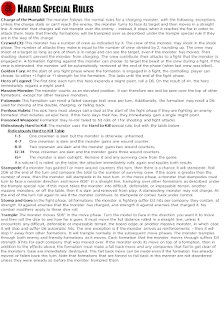 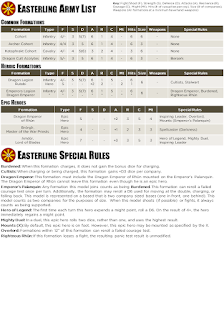 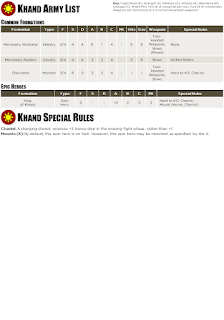 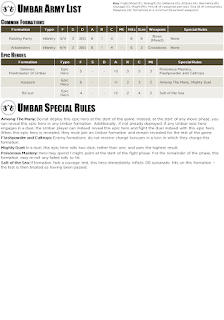 So there you have it.  I'll be working through any updates that are needed as a result of playtesting and looking to use these rules to run a large WotR game at PacifiCon in September.
Posted by Jay White at 11:03 AM