I decided to work on some of the Zone Mortalis terrain I've had for Necromunda.  It's been a long time coming for me to get this stuff all sorted as I've had full gangs painted and ready to play for some time now.
I have several of these tiles to do but it is nice to have the first one done.  I used several new techniques with paints from Games Workshop ... specifically the dry series (for the rust).  The base colours are Leadbelcher and Mechincum Standard Grey.  I used Screaming Skull for the center of the walls and columns.  A Rhinox Hide sponge weathering was done for the chipping/worn effect with Ryza Rust on top of that.
I wanted a "grim dark" look as Necromunda is played out in a rusty old part of town.  Each tile is 12" x 12" and I will do 9 for a 3 foot by 3 foot setup.  Pictures of the finish tiles below. 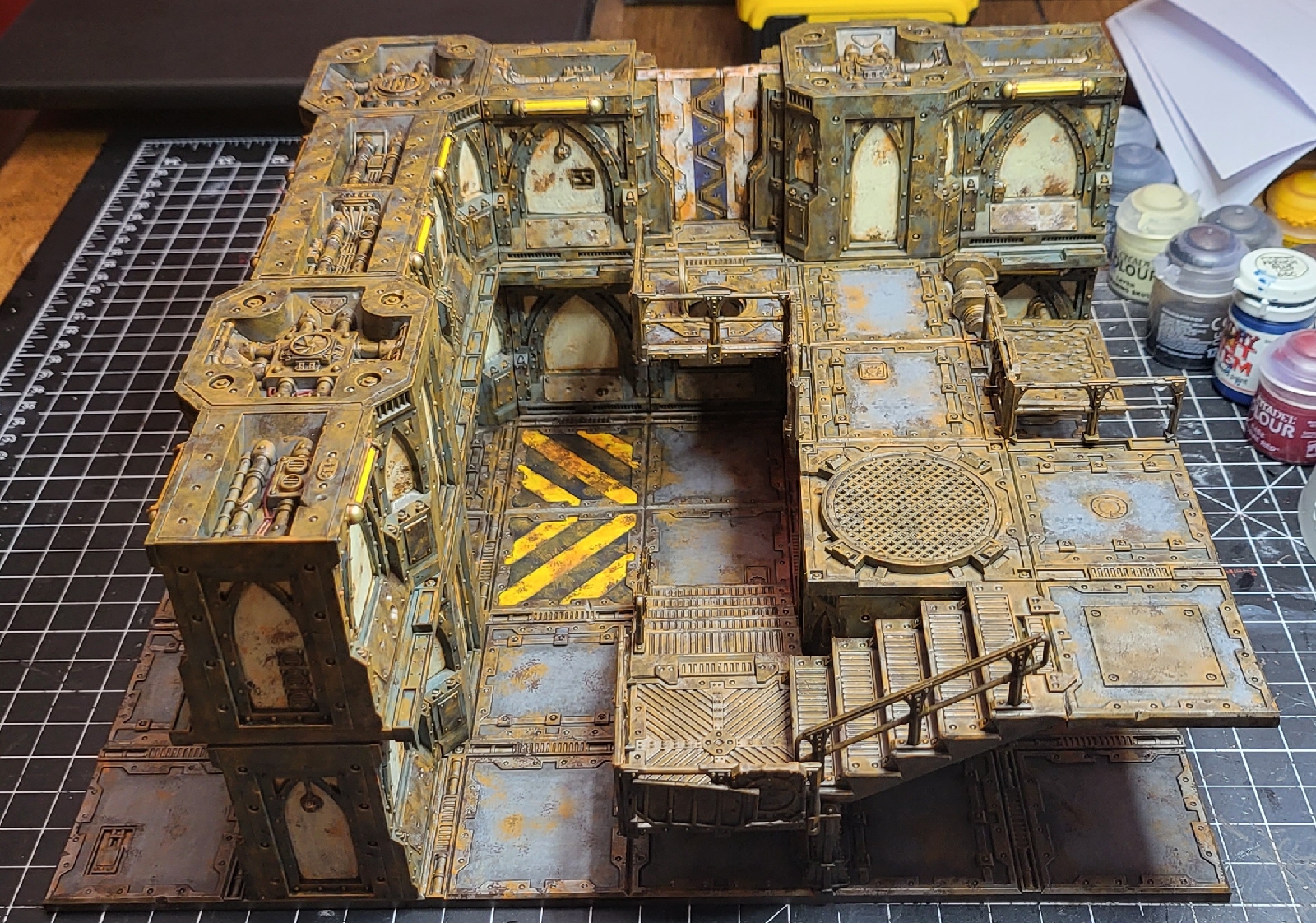 I also decided to include LEDs in the builds.  Specifically in very drak areas that need a little light.  These run on a switch and 2 x CR2025 battery pack stuck up in one of the columns. 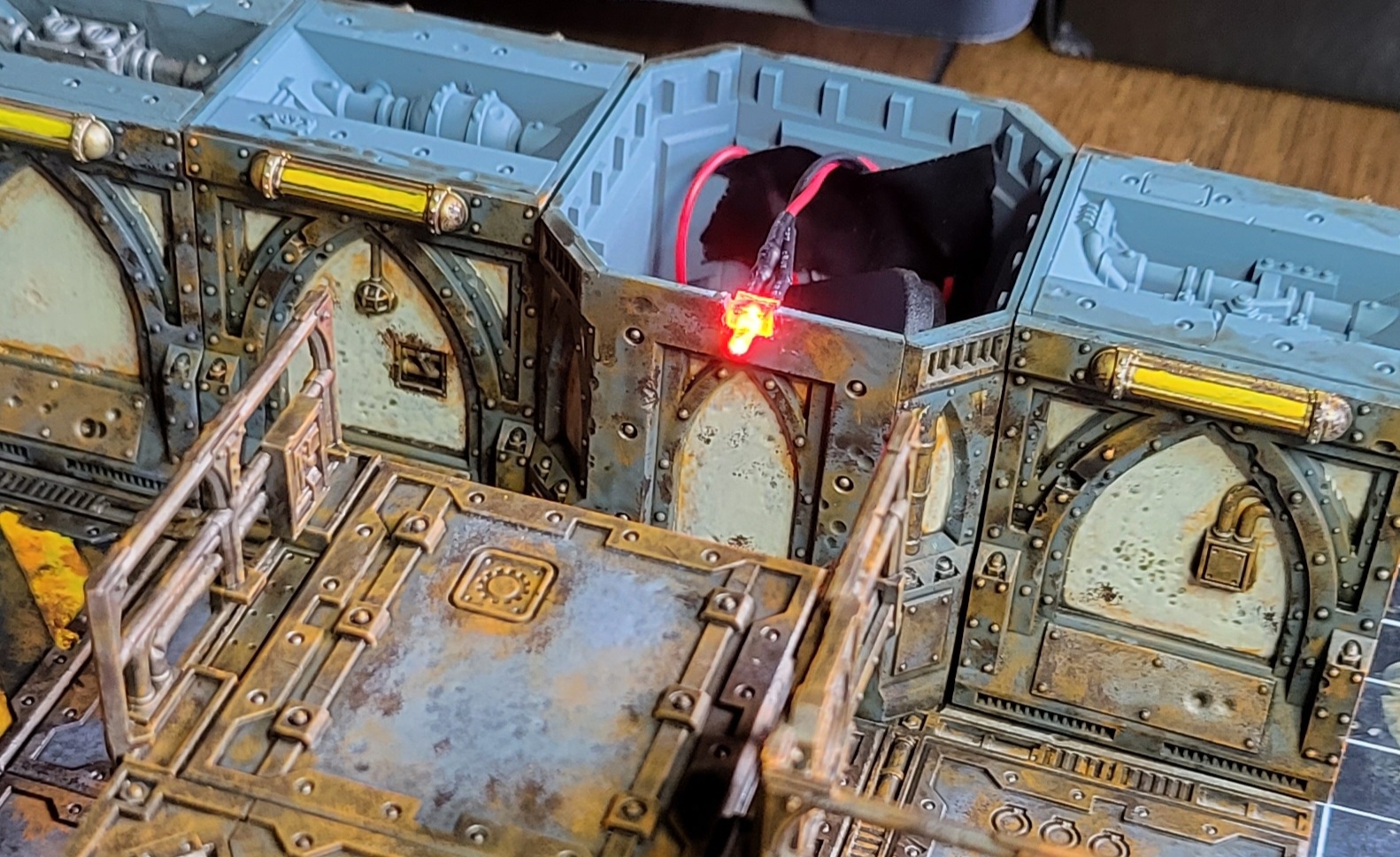 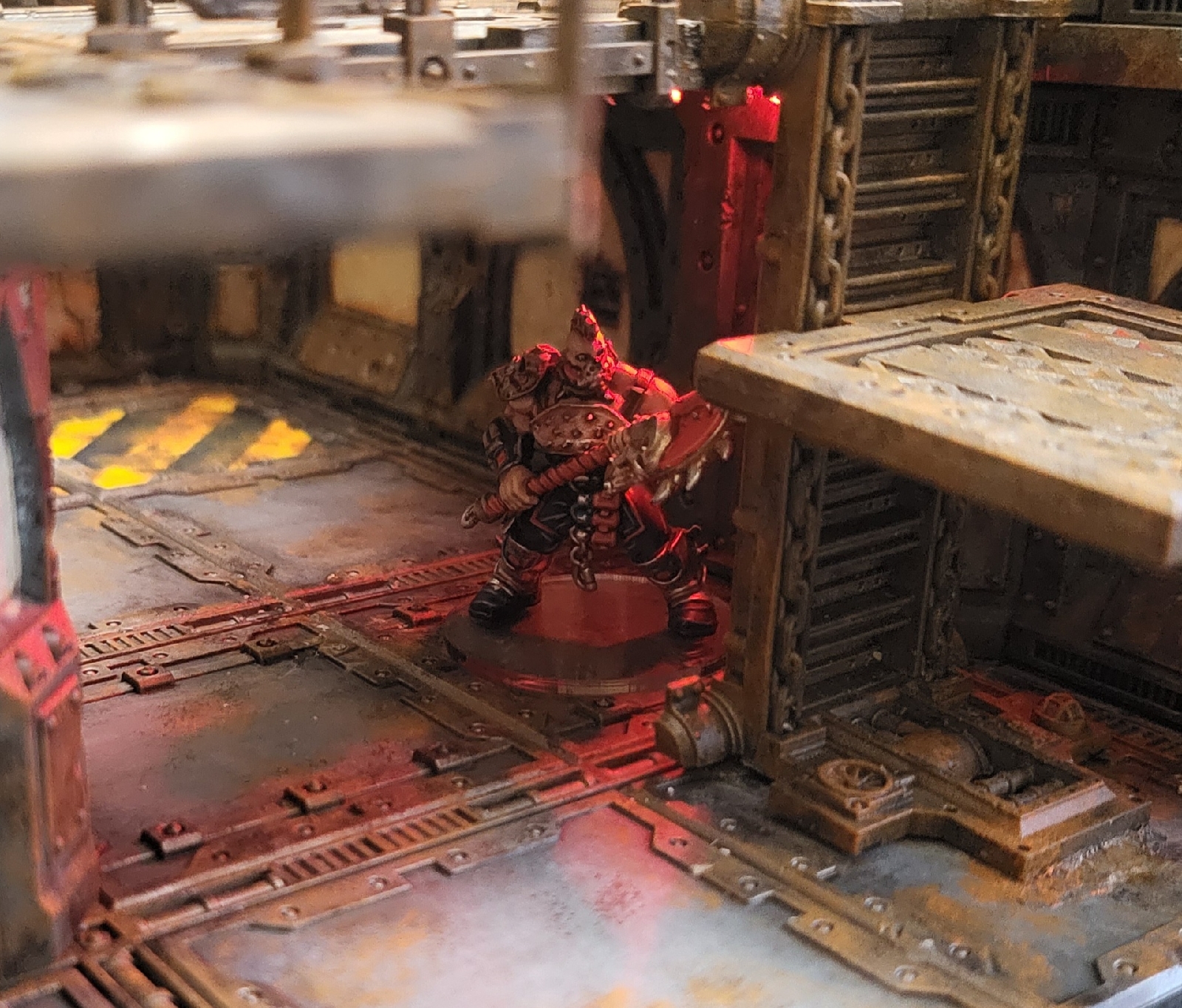 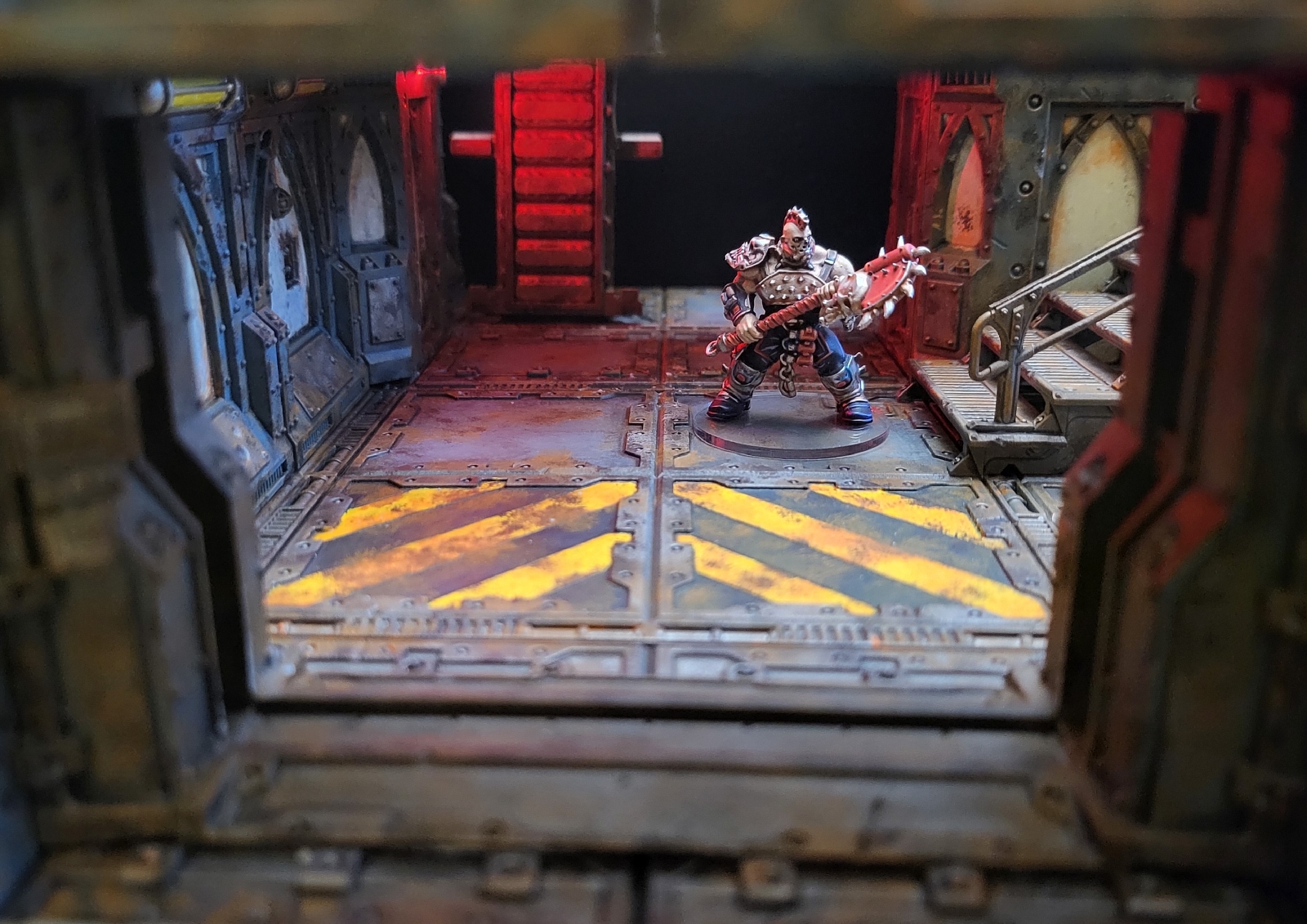 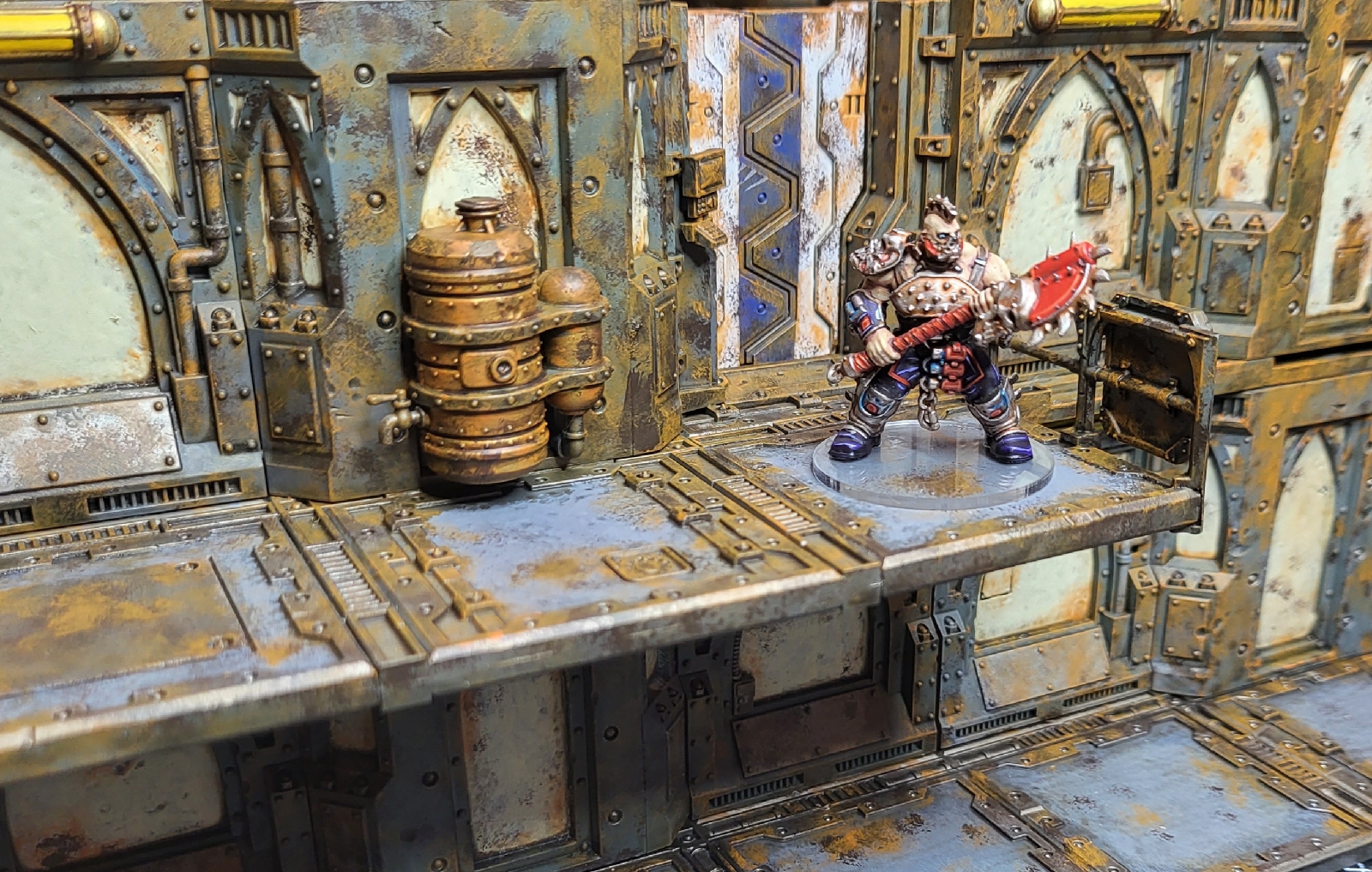 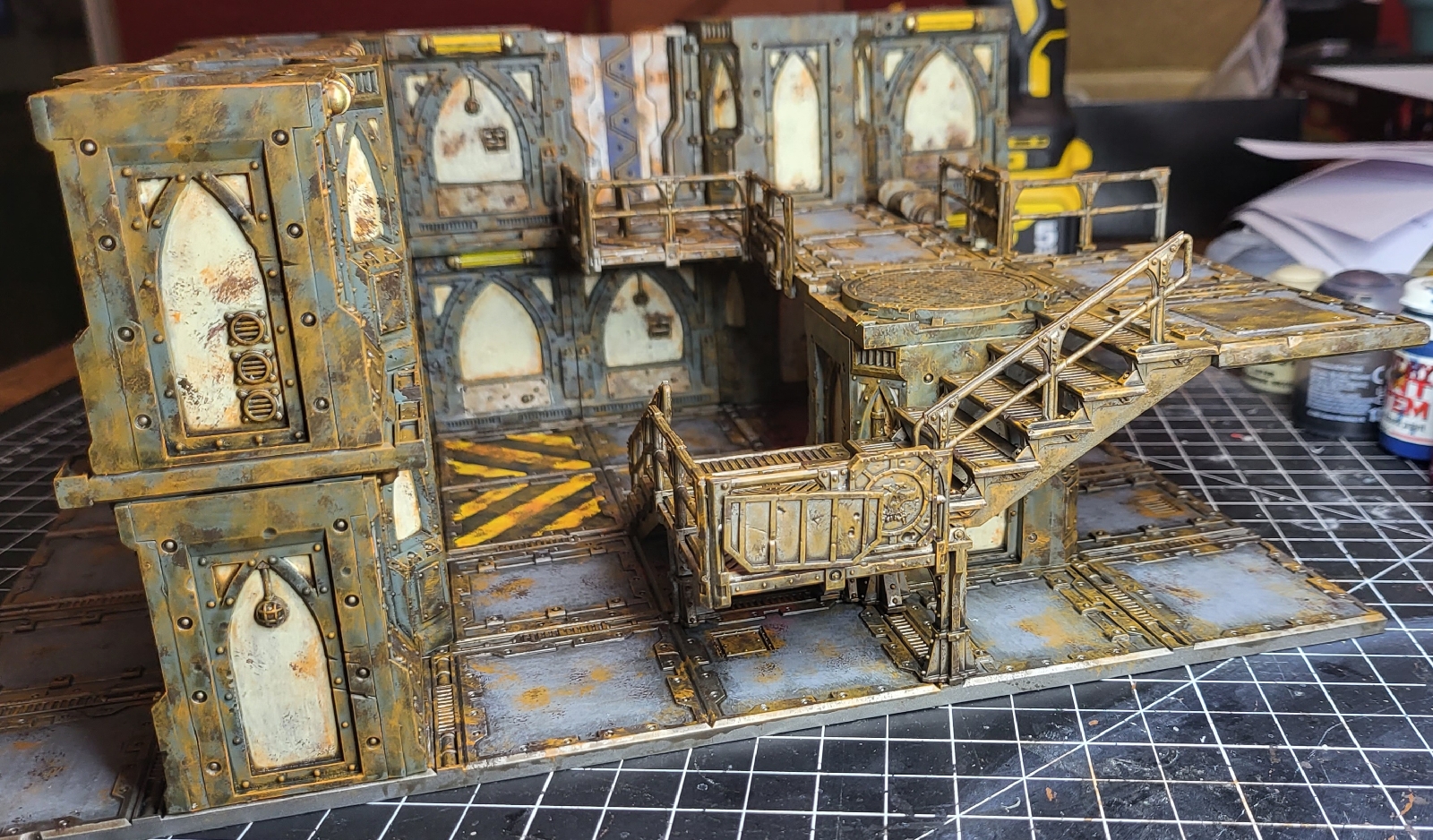 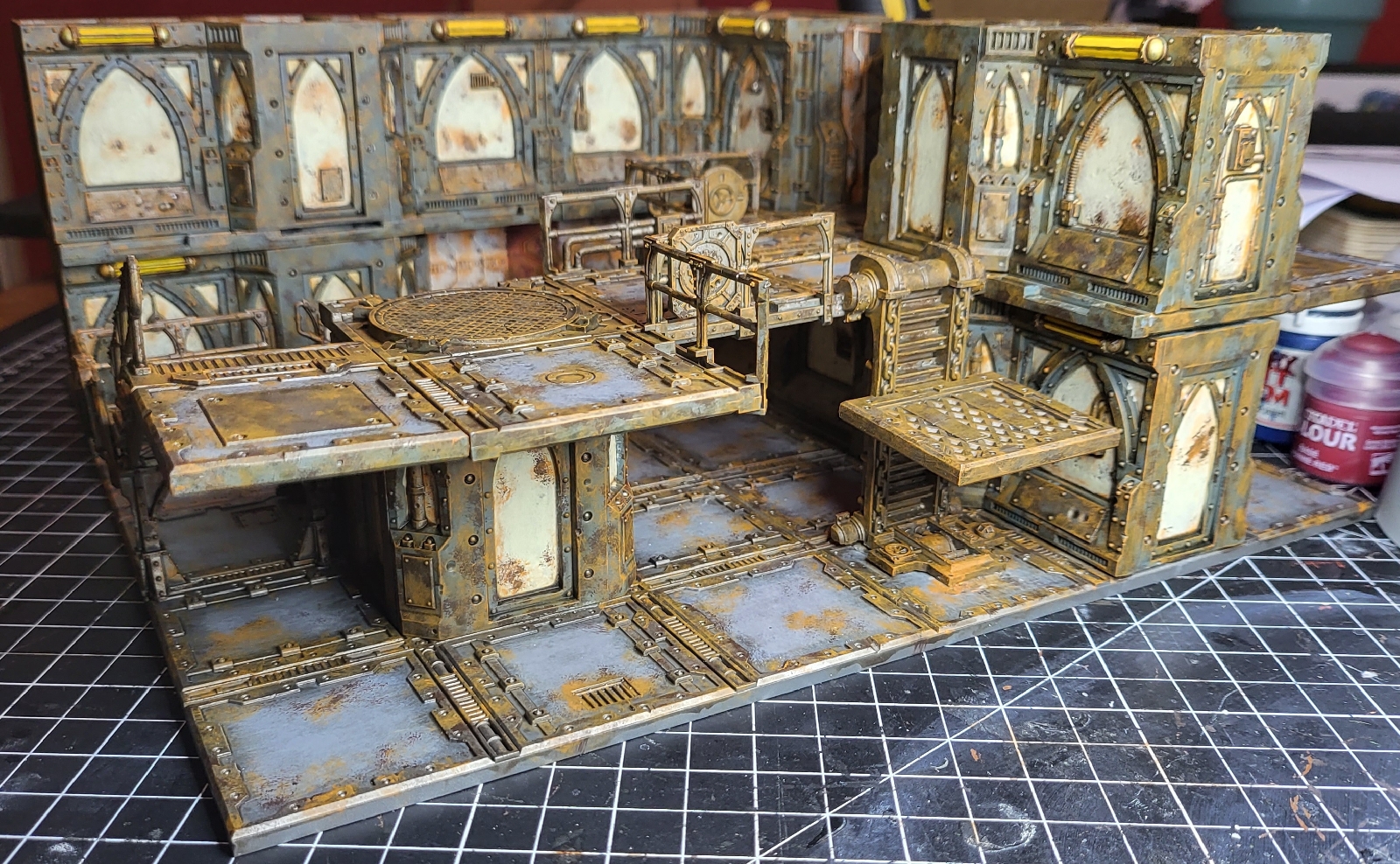 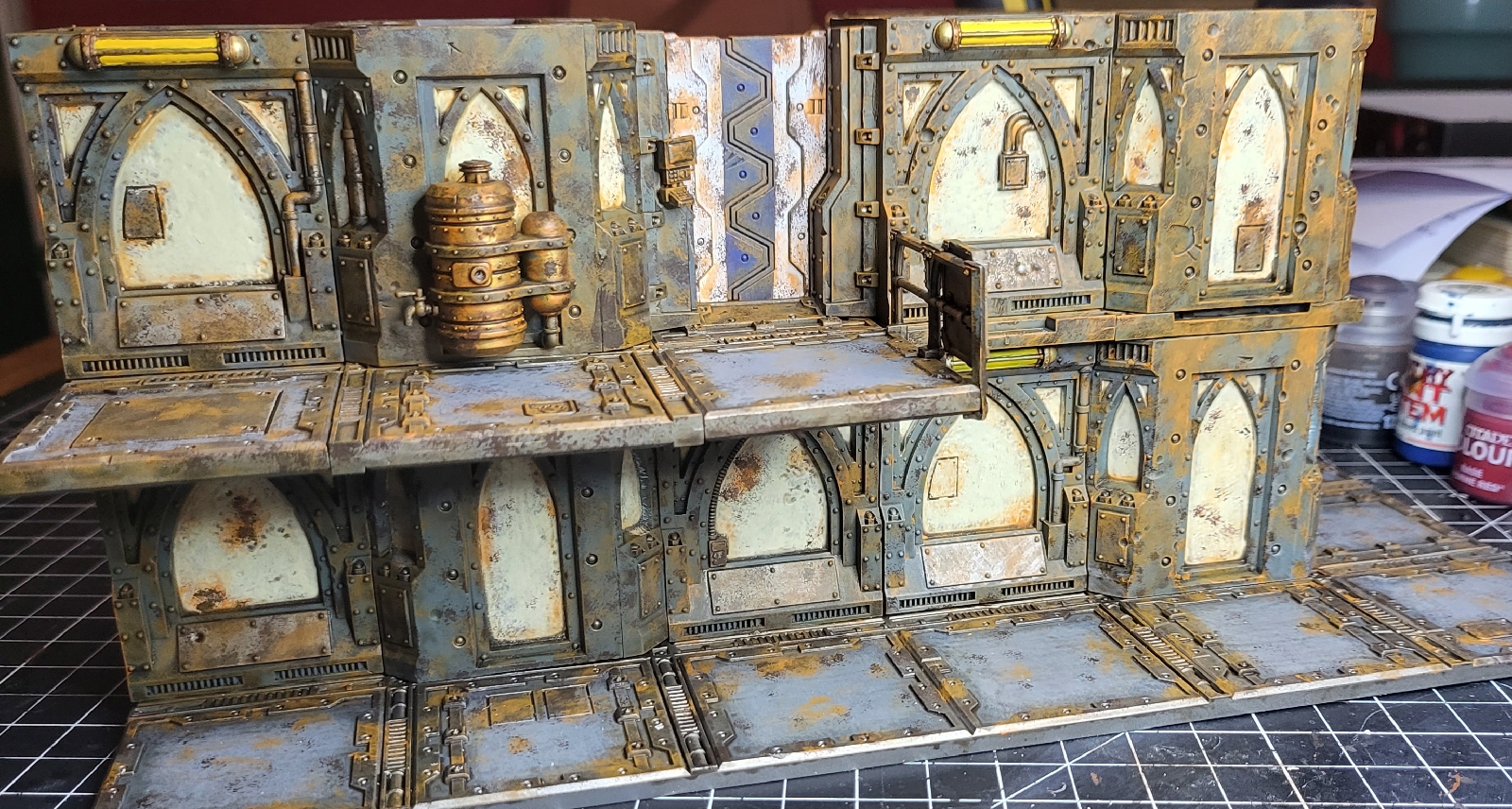 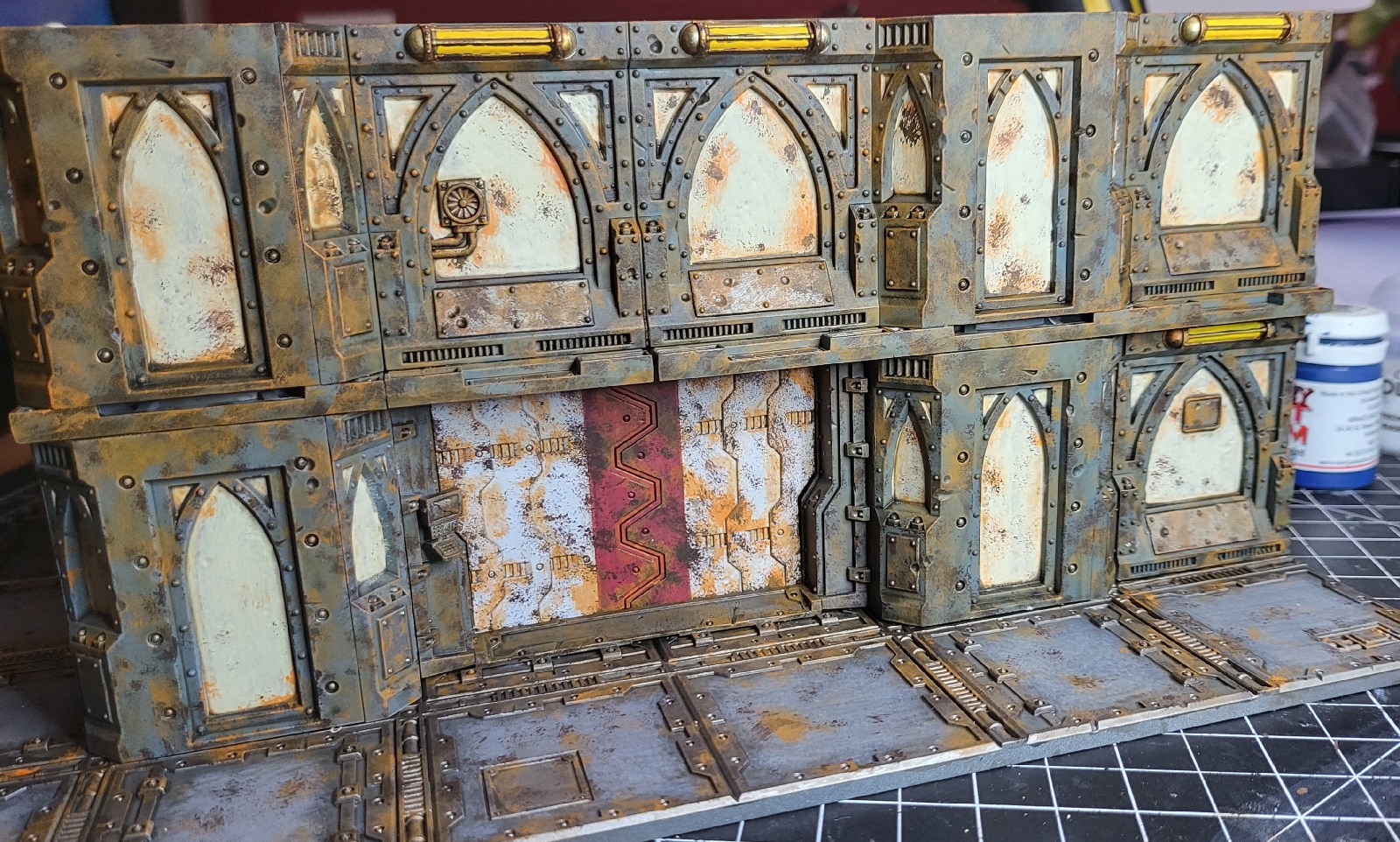 Here are some WIP pictures as I was working through this project. 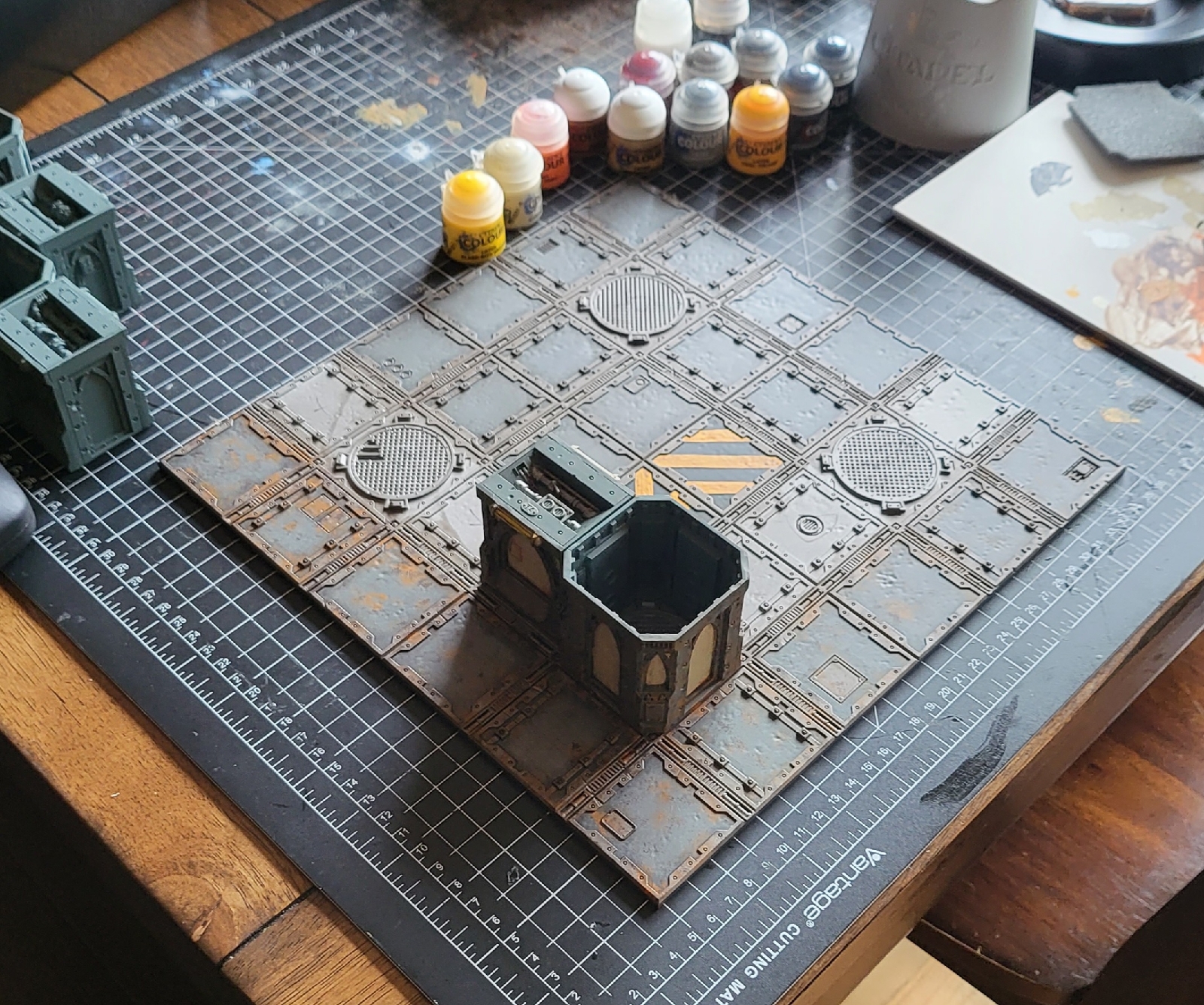 I was really happy with how the hazard stripes came out. 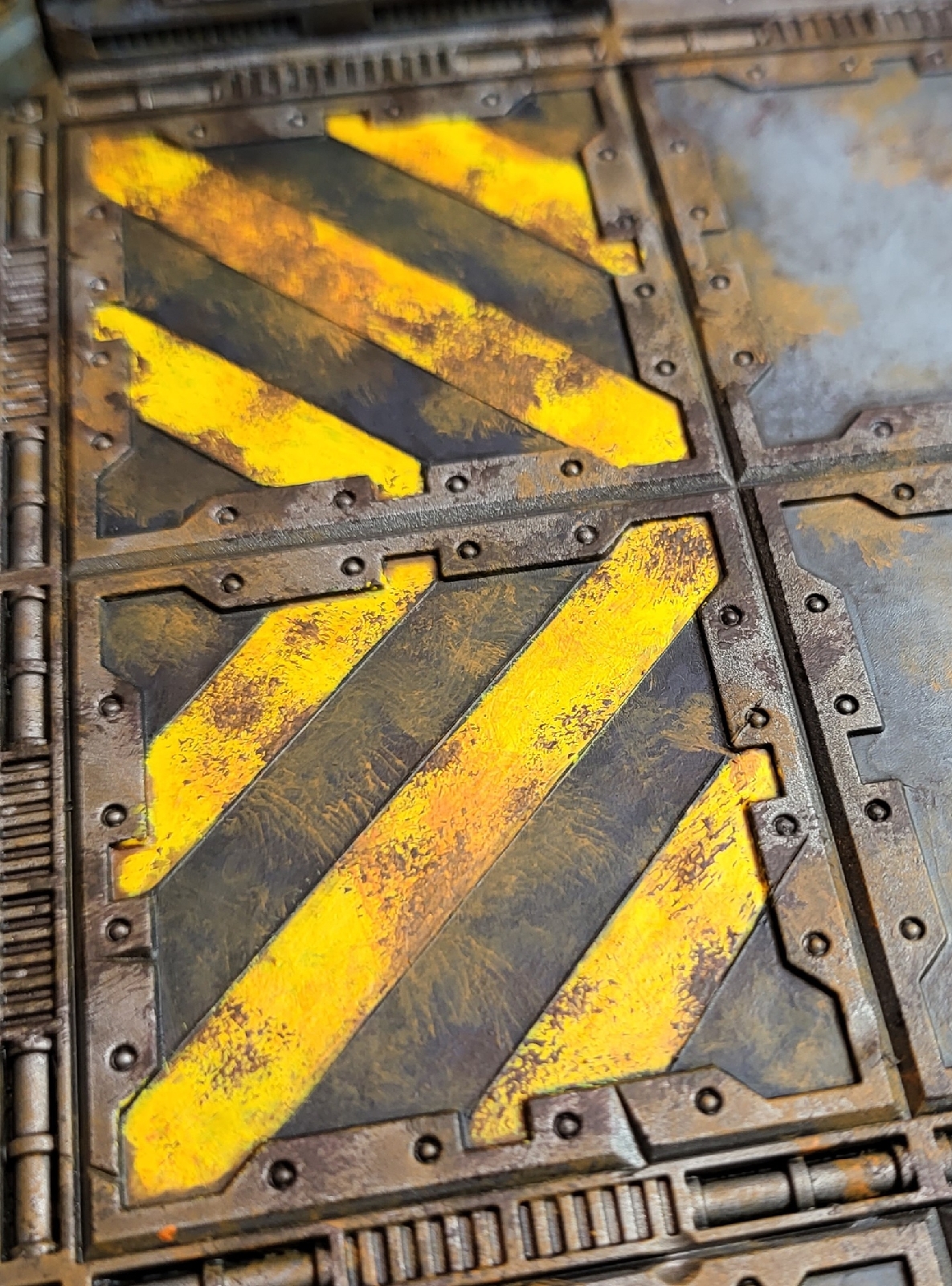 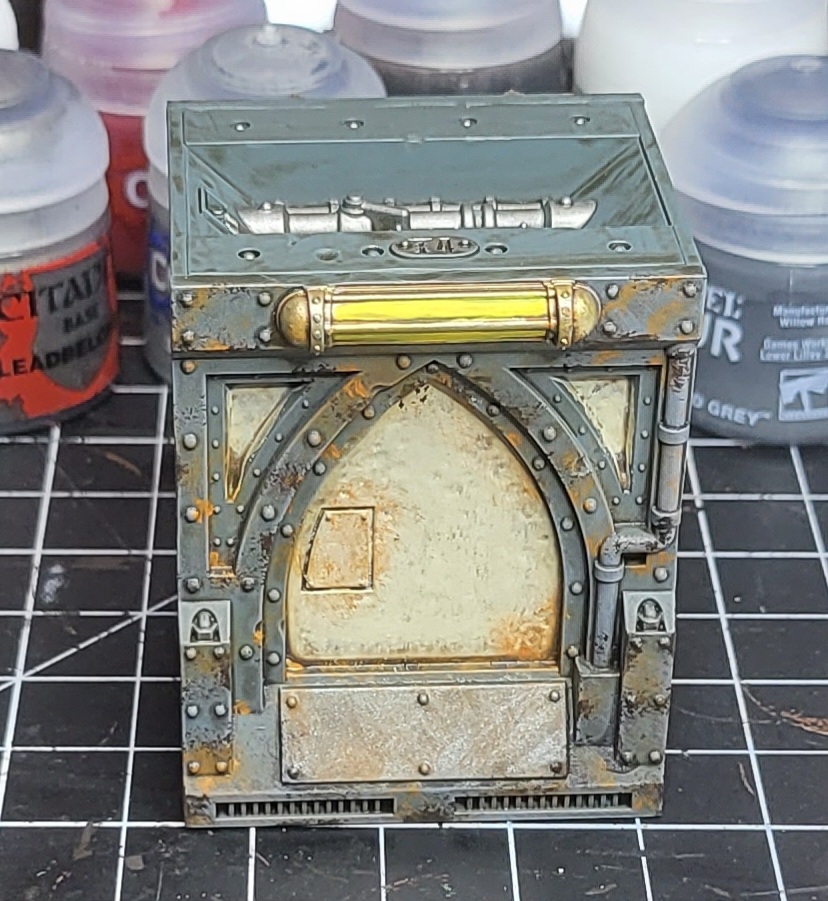 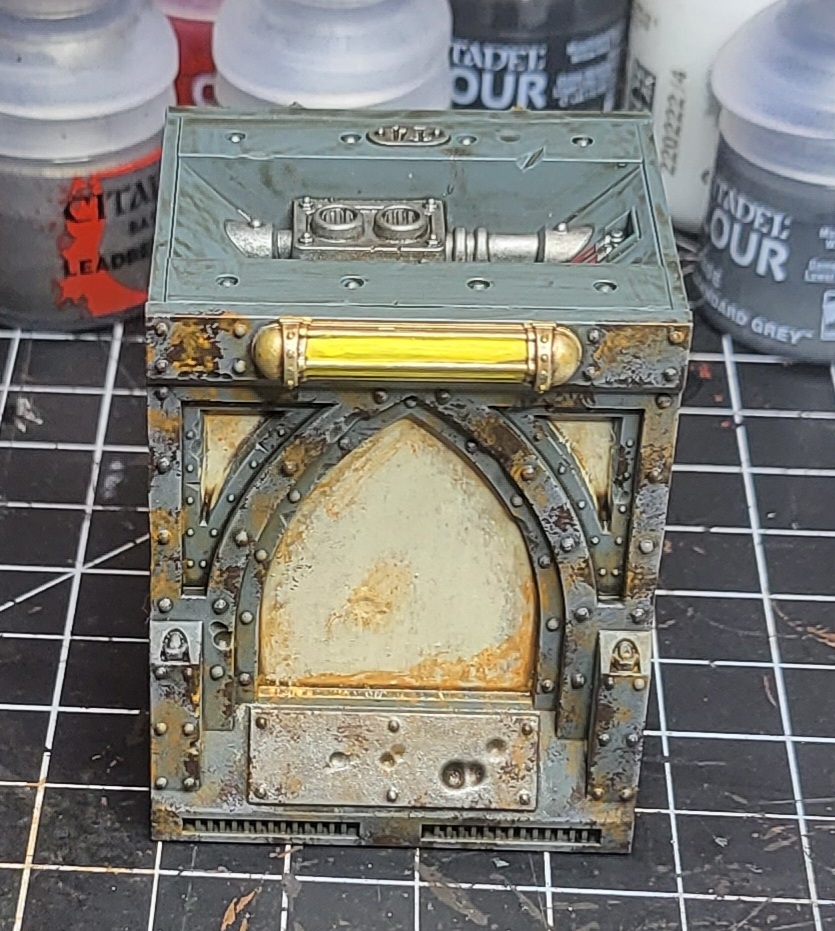 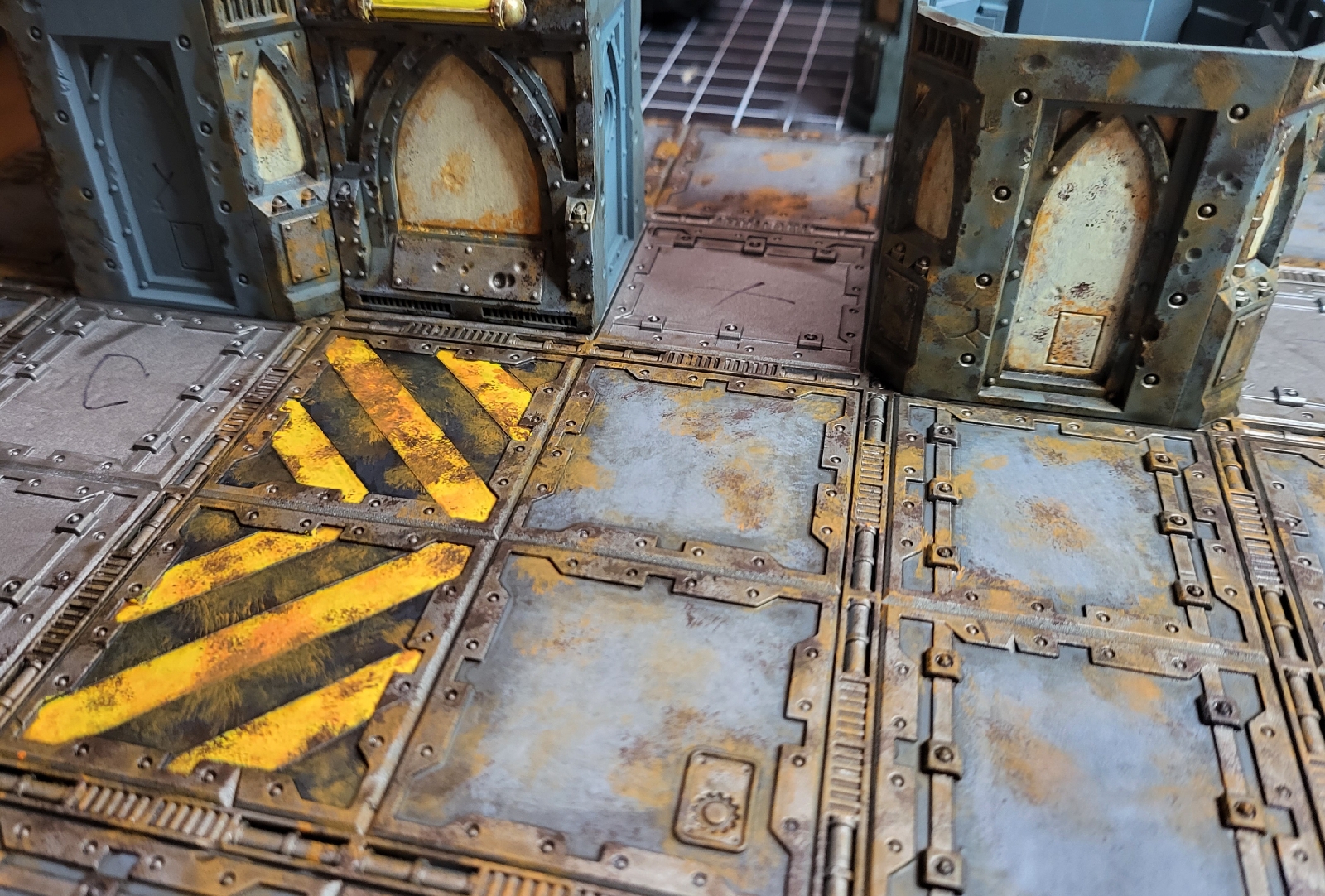 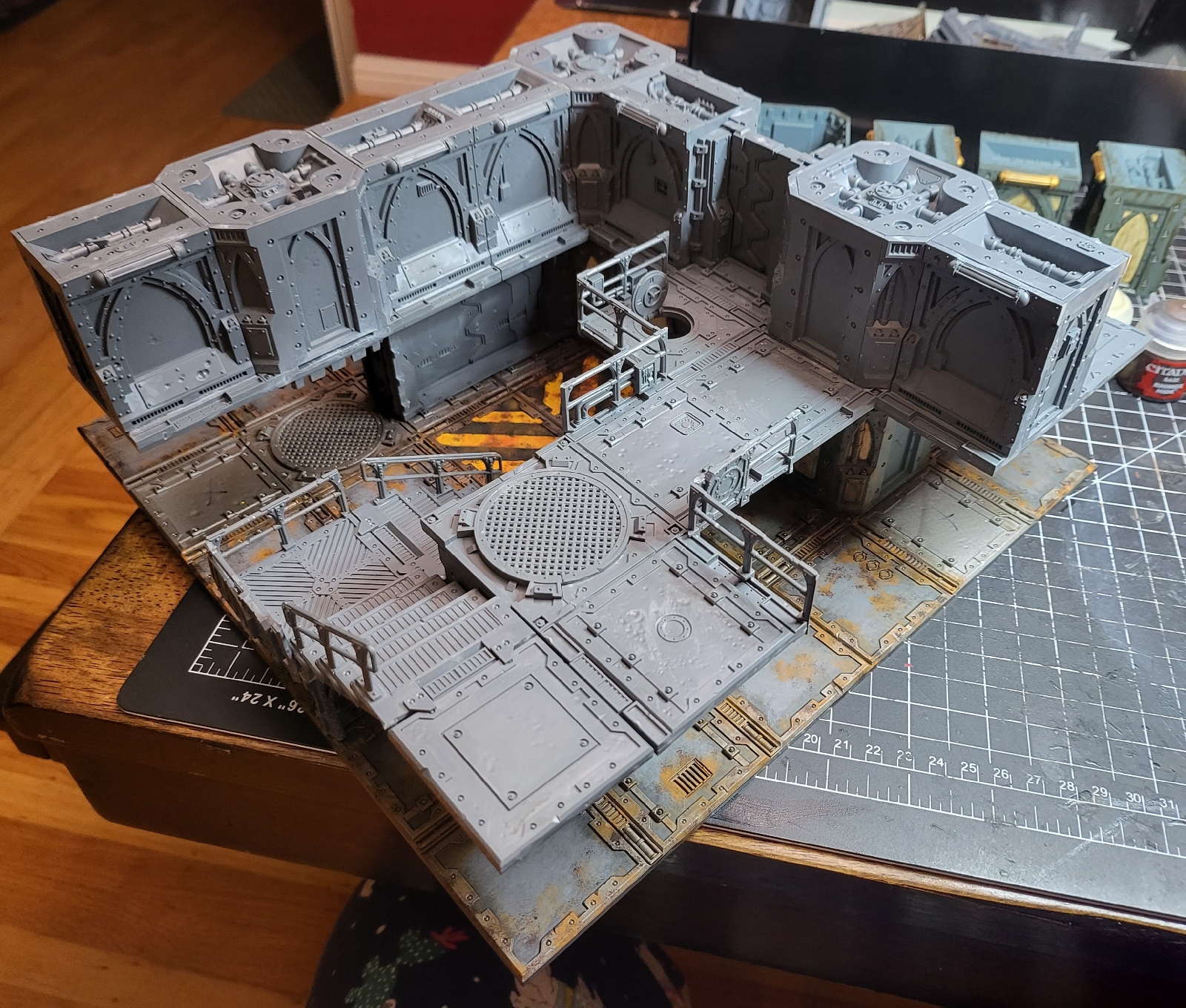 This was fun to build and paint.  The Zone Mortalis stuff gives you a large number of build options and opportunities for kit bashing.  This tile I would say is on the "more complex" end of what the average tile will be as I work through the next tiles.
Posted by Jay White at 7:17 PM

Email ThisBlogThis!Share to TwitterShare to FacebookShare to Pinterest
Labels: Necromunda