I've just finished basing another round of French and Indian War units.  I've added three units of Indians (6 each) and an Indian Chief.  That rounds out the two units and chief I already have done (adding a 6th Indian unit shortly).  I can now field a force that consists completely of Indians.  All my Indians are from Conquest Miniatures (also distributed by Warlord Games).

I've also added a unit of Light Infantry (12) to my British army.  The models are from Redoubt and are a bit on the chunky side of things but they'll be off on their own so it shouldn't matter too much.  Another special thanks to Artmaster Studio for great work. 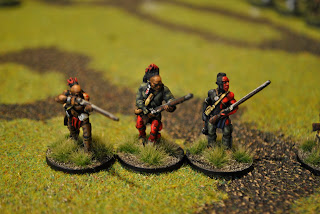 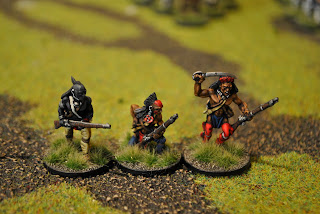 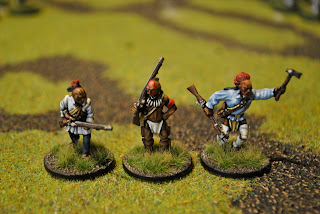 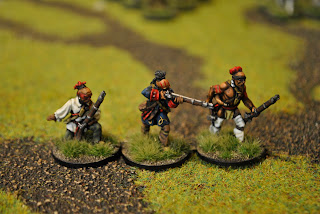 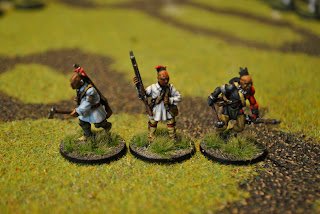 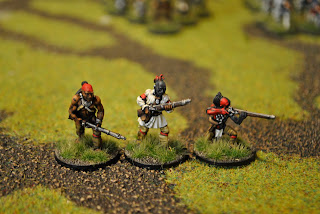 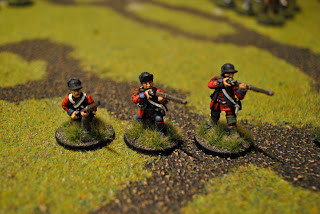 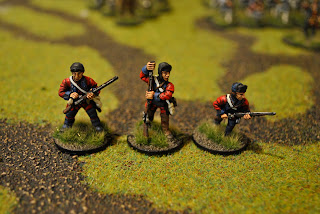